"Shruti Haasan will play a young woman whose waitress job serves as a cover for a dangerous double life as a trained assassin." 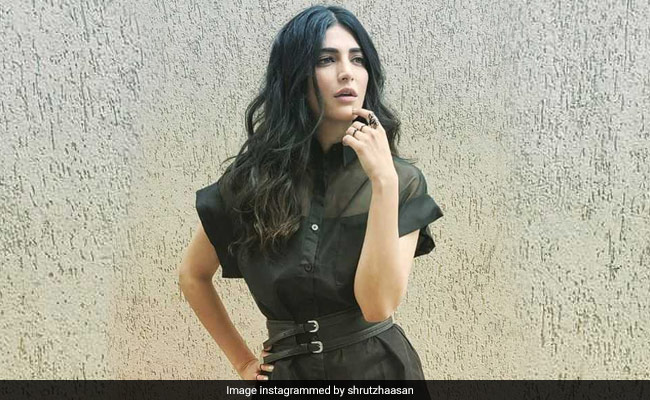 Shruti Haasan is all set to make her debut in the international arena. The actress will soon be seen in the TV series Treadstone, which will be based on the Bourne film series. The 33-year-old actress announced her association with the project by sharing a post on social media on Thursday. Shruti shared screenshots of a report, the caption on which had the details about the role in the TV show. "Shruti Haasan will play Nira Patel, a young woman in Delhi whose waitress job serves as a cover for a dangerous double life as a trained assassin," read the caption on the report that she shared.

The show went on floors in June in Budapest. Besides Shruti, the TV-series will also feature Michelle Forbes, Patrick Fugit, Michael Gaston and Tess Haubrich in pivotal roles. The show will showcase the story of fictional CIA Black-Ops program Operation Treadstone, which was the program that created spy Jason Bourne, played by actor Matt Damon in four film Bourne series.

Shruti has starred in several Tamil as well as Bollywood films. She stepped into Bollywood with the 2009 film Luck, co-starring Imran Khan. She has also been a part of films such as Welcome Back, Ramaiya Vastavaiya, Dil Toh Bachcha Hai Ji and D-Day among others.

Shruti Haasan is the daughter of actor Kamal Haasan and Sarika.