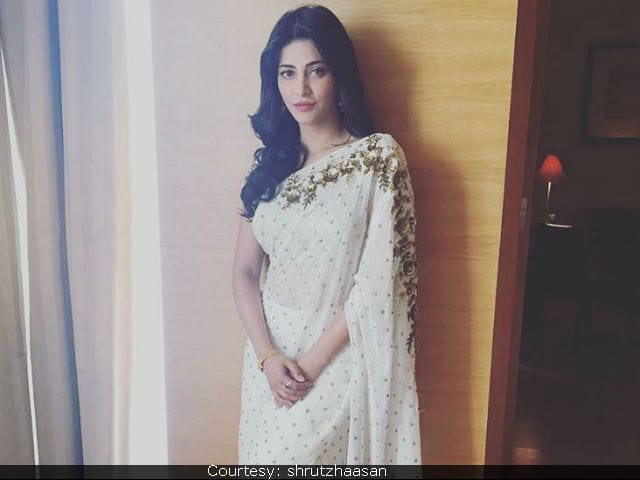 New Delhi: Actor Shruti Haasan has been signed on to play the leading lady in upcoming mega budget Tamil period drama Sanghamitra, reported news agency IANS. "Shruti had recently finished the paperwork and she is quite excited to be part of the project. The makers had several options but they eventually chose Shruti because they wanted someone who is popular but at the same time can perform," IANS quoted a source from the film's unit as saying. Sanghamitra will also star Jayam Ravi and Arya in the lead. The shooting for the period drama will begin from April while Shruti will join the cast. The film is made on a budget of Rs 150 crore, reported IANS.

"Sanghamitra will be the biggest project of her career. She's very excited because her role will give her an opportunity to attempt something she hasn't done so far," the source told IANS.

Oscar Award-winner A R Rahman will compose the tunes while R C Kamalakannan will take care of the visual effects department and Sudeep Chatterjee and art director Sabu Cyril will look after the art direction. The film is helmed by Sundar C and produced by Sri Thenandal Films. Sanghamitra will release simultaneously in Telugu.

Promoted
Listen to the latest songs, only on JioSaavn.com
Apart from Sanghmitra, Shruti Haasan, who was last seen in Suriya's cop drama series Singam 3, will feature in Katamarayudu her next film with Pawan Kalyan. She is also prepping for the release of her Bollywood film Behen Hogi Teri opposite Rajkumar Rao. The film releases on May 26 and is directed by Ajay K Pannalal.