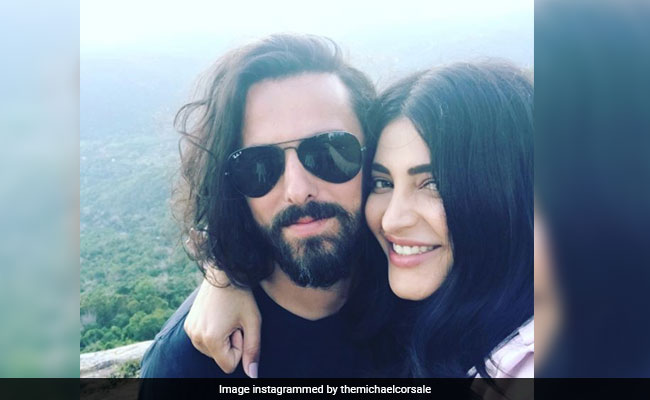 Actress Shruti Haasan and Michael Corsale have reportedly parted ways after dating for over two years. A friend close to Shruti and Michael told Mumbai Mirror that the decision to break-up was mutual and that they've parted ways on a good note. In addition, Michael Corsale shared a picture of himself with Shruti on Instagram and captioned it: "This young lady will always be my best mate. So grateful to always have her as a friend. Luv ya gal." Several Instagram users interpreted this as a break-up post. "Hopefully your paths will cross again... you guys were good together," wrote a concerned fan while another added: "I request you two to not break-up with each other... You both are my favourite couple in this world."

This young lady will always be my best mate. So grateful to always have her as a friend. Luv ya gal

Meanwhile, without revealing the reason of their break-up, a source close to Shruti and Michael told Mumbai Mirror: "The decision was taken by mutual consent and there is no bad blood between the two. They continue to remain the best of friends and will always have each other's back They really respect and care for each other."

Shruti and Michael started documenting their relationship on social media from 2016. Shruti shuttled between Los Angeles and India while Michael also frequently visited India to hang out with Shruti. Michael also attended Tamil actor Aadhav Kannadasan and Vinodhnie Suresh's wedding with Shruti and her father, actor Kamal Haasan, in December.

Michael Corsale is a singer and theatre artiste. Shruti Haasan's upcoming projects are Power (in Hindi) and Tamil film Laabam.

(This story has not been edited by NDTV staff and is auto-generated from a syndicated feed.)
Comments
shruti haasanmichael corasale