"It Is Not Just Physical", Shraddha Kapoor On Gender-Based Violence 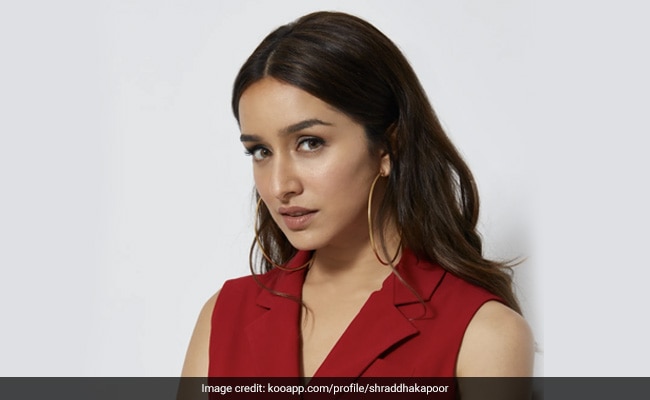 Shraddha Kapoor, on the occasion of International Day for the elimination of violence against women, has extended her support to help stop any form of violence against women. And, the actress got into an “ important conversation” with Nishtha Satyam, Country Representative, Timor Leste, UN Women. The day is observed on November 25, every year, to spread awareness about the issue and find ways to eliminate it. Shraddha has shared a video of the entire session on the Koo app. In the caption, the actress wrote, “While talking about abuse can be hard, we all have the power to make it easier for the victims to speak up for themselves by coming together and supporting them.  Join the discussion to create a difference for a better tomorrow.”

Shraddha Kapoor and Nishtha Satyam started their conversation by discussing the other forms of violence - emotional, controlled, financial, surveillance, controlled among others. When asked to share her thoughts on how such kinds of violence be controlled, the actress said, “First, everyone should know that the violence is not just physical. And, some of these violence doesn't leave any visible sign due to which they go completely unnoticed for several years. It can affect the victim physically and emotionally at various stages for several years. So, it is important to discuss such forms of violence and spread awareness about them.”

Then, Shraddha Kapoor, who was glad to be a part of the platform where she can help address the issue, wanted to understand the steps that “we should take as a society to normalise any kind of violence”.

As per Nishtha Satyam, the first thing is “to put up our hands just as it's sliding in there.”

To this, Shraddha Kapoor added that it is “extremely important for people to know that...protecting yourself is above everything.”

On women safety, Shraddha Kapoor said that she “gets baffled to hear stories about people justifying the abuses.” She added that it's high time people should understand that violence is not just physical.

Shraddha Kapoor added, “I hope these actionable points empower every individual who is, unfortunately, enduring any kind of violence.”

From mental health to the measures women should take, the conversation touched up to various aspects. Take a look at the entire discussion here:

Koo App
Starting an important conversation with @nishthasatyam, Country Representative, Timor Leste, UN Women yesterday on International Day for the elimination of violence against women. While talking about abuse can be hard, we all have the power to make it easier for the victims to speak up for themselves by coming together and supporting them! Join the discussion to create a difference for a better tomorrow 🧡
View attached media content
- Shraddha Kapoor (@shraddhakapoor) 26 Nov 2021

Shraddha KapoorInternational Day For The Elimination Of Violence Against Women