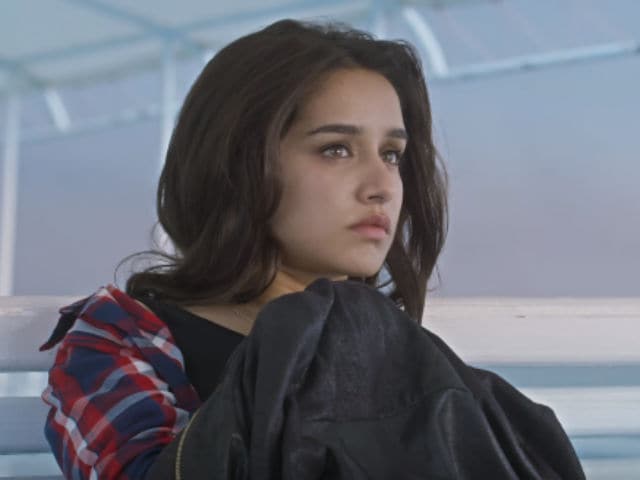 Shraddha Kapoor in a still from Sab Tera.

New Delhi: After the soulful Teri galliyan, actress Shraddha Kapoor has sung the song Sab Tera in Baaghi and she has done complete justice to it, director Sabbir Khan and the track's music director Amaal Mallik said.

Sabbir convinced Shraddha to sing the song, which he regards as "tough."(Also Read: Shraddha, Tiger's Aashiqui in the Rain in New Baaghi Song)

"I was aware that Shraddha sings really well but the idea to get her to sing struck me when we were shooting the song in Krabi. Every time she had to give a shot, she would actually sing, and sing it so well," said Sabbir.

"I had to push her to actually sing it because although the song seems simple, it's very tough to sing it as the pitch is very high. Hats off to Shraddha for doing full justice to it. She has made it special," Sabbir said in a statement.

It's you who said to give it a shot, it's who you believed, thank you sir. For giving me this beautiful song! https://t.co/82EH9CX5aV

Amaal Mallik, the composer of Sab tera, knew about Shraddha's singing talent since childhood as they are from the same school.

"I did not get time to listen to Bezubaan from ABCD 2, but I had heard Galliyan and loved it. But what she has done in Sab tera has blown my mind. I haven't used any pitch correcting techniques on her voice. Usually actors aren't easy to record with as they don't know what to do with the mic, how to stand and what technique to use while singing that will make their voice sound good," said Amaal.

"It was Sabbir Sir's decision to get Shraddha on board and I was also excited for it. But when I heard this girl sing, it was like an angel had just descended into the studio. Shraddha is the highlight of this song though. Very few people have a voice that suits their own face. She sings as cutely as she acts," added Amaal.

Armaan Mallik, who has sung the song with the actress, said that he even has a video of Shraddha singing the song live, and "that can prove that this girl is a terrific find."

Baaghi, produced by Sajid Nadiadwala will release on April 29.