Shraddha Kapoor: Grandparents are Real Treasures of Our Lives 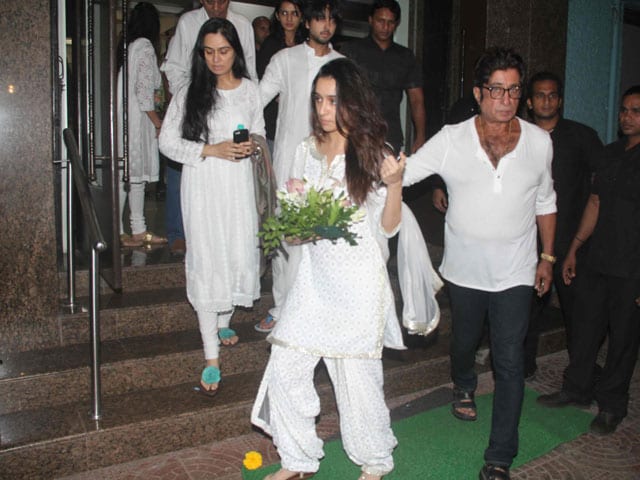 Shraddha Kapoor at the prayer meet of her grandfather.

Pandit Pandharinath was the father of Shraddha's mother Shivangi Kapoor and her sisters, Padmini Kolhapure and Tejaswini Kolhapure. He was a trained classical singer, and is also the cousin of Lata Mangeshkar and Asha Bhosle.

In a series of tweets, Shraddha thanked everybody for extending support to her family during this period.

My beloved nana, Pandit Pandharinath Kolhapure, passed away very peacefully a few days ago. He spread magic through his music & greatness.

Thank you all for your wishes and messages. Him and my nani taught our family the meaning of being rooted and together.

Grand parents are the real treasures of our lives. And when they go...they make sure they leave behind a part of themselves, in you.

I feel so blessed to have spent so many years, growing up, with them. The memories will always be the most special treasures...forever.

And for all the lucky ones out there who still have their nana-nanis, dada-dadis, give them your time! ☺️

Meanwhile, Shraddha is shooting for Sabbir Khan's Baaghi, which is scheduled to release on April 29, 2016. (Also Read: Tiger, Shraddha Wrap Up 18-Hour Long Shoot For Baaghi)