"What fun yaar. Should do this every day (kidding)," wrote Siddhanth Kapoor 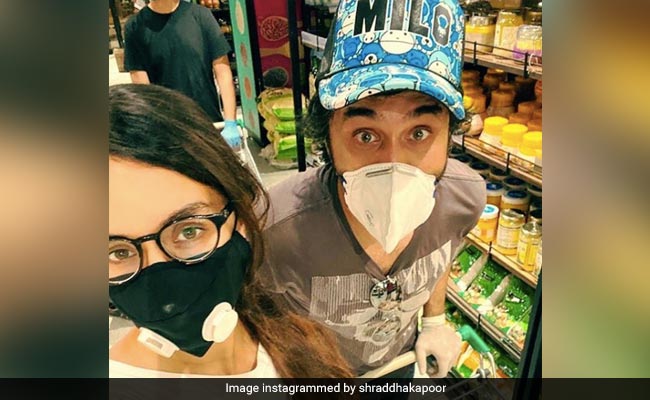 Shraddha Kapoor and her brother Siddhanth found a fun way to spend quality time together. They went for (drum roll) grocery shopping. Yes, you read that right. Sharing a picture on her Instagram profile on Thursday, Shraddha described it as "groceries adventure with my bhaiya Siddhanth Kapoor." Masked, the brother-sister duo could be seen posing in what appears to be a departmental store. Siddhanth Kapoor, in his caption, wrote: "It's a lot of fun when you go grocery shopping with your sibling. Stay safe and all. When you are with someone at a close distance, make sure you are wearing a mask. For your safety and others around." He accompanied the posts with the hashtags #stayhome #staysafeall #immunityiskey and #helparoundasmuch.

"What fun yaar.... Should do this every day (kidding)," Siddhanth Kapoor commented on his sister's post. Take a look at the post here:

Groceries adventure with my bhaiya @siddhanthkapoor

Shraddha Kapoor, daughter of actor Shakti Kapoor and Shivangi Kolhapure, is best-known for her performances in films such as Saaho, co-starring Prabhas, Street Dancer 3D with Varun Dhawan, Aashiqui 2, opposite Aditya Roy Kapur and Ek Villain, alongside Sidharth Malhotra. She has also featured in films such as Stree, Chhichhore, Half Girlfriend and Ok Jaanu among others. She was last seen in the 2020 action-thriller Baaghi 3, in which she shared screen space with Tiger Shroff and Riteish Deshmukh.

Siddhanth Kapoor has starred in films like Shootout at Wadala, Jazbaa, Ugly, Bombairiya and Paltan among others. He was last seen in Dharma Productions' Bhoot - Part One: The Haunted Ship, starring Vicky Kaushal and Bhumi Pednekar.