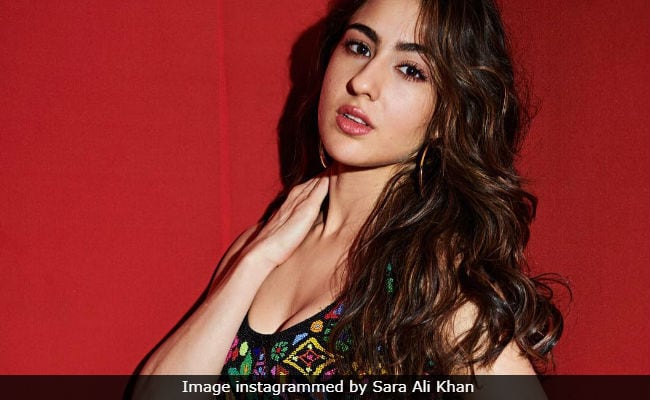 Sara Ali Khan, who gave back-to-back hits Kedarnath and Simmba in December 2018 and before that won hearts with her appearance on Koffee With Karan 6, appears to have crossed the Internet with her latest photoshoot for Filmfare magazine. Twitter expected more from Sara Ali Khan, a Columbia University graduate, who posed with a Maasai tribesman for a photoshoot, which the Internet described as "cultural appropriation." "Shouldn't you know better? People and cultures are not props for you to appropriate. Disgusted," wrote a Twitter user while another added, "And I thought her Ivy League education would have taught her that it is not okay to misappropriate other cultures. Turns out Sara Ali Khan is as ignorant as other Bollywood celebrities."

Here's what Twitter had to say about Sara Ali Khan's photoshoot:

And I thought her Ivy League education would have taught her that it is not okay to misappropriate other cultures. Turns out #SaraAliKhan is as ignorant as other Bollywood celebrities which is kind of sad because she did come across as intelligent initially.

What is the concept of this shoot? People of other cultures and ethnicities are not props

Did someone actually approve this for publishing? In 2019? Shouldn't you know better? People & cultures are not props for you to appropriate. Disgusted.

The second picture is making me uncomfortable. People are not props!

Sara Ali Khan went to Columbia, and even she could not tell filmfare that maybe her "stunner" picture is racist and appropriative? Come on, Sara, you are one of the good ones!! https://t.co/lNlaaEcnFR

Basically people are not objects. Cultures should be respected just like you expect yours to be.

Apart from being slammed for "cultural appropriation," the photoshoot is coming under fire for "bad photoshopping" as the tribesman's "shadow is missing" in the image. A Twitter user wrote: "Cheap photoshop and mentality. Where's the shadow of that gentlemen?" Another social media user wrote: "Lol... Why go to Africa for this shoot. I can do it in my office."

Lol... Why go to Africa for this shoot. I can do it in my office

That man is floating!

Cheap photoshop n mentality. Wheres the shadow of that gentlemen....

1.Humans of different races are not props.
2.That photoshop is so bad.

I thought we were over this sort of thing. Besides, the man looks like he is levitating.

Sara Ali Khan, daughter of Saif Ali Khan and Amrita Singh, debuted in Kedarnath, in which she stood out in every critic's review of the Abhishek Kapoor-directed film. Sara Ali Khan's second film Simmba, opposite Ranveer Singh, released two weeks after that. Before her onscreen debut, Sara appeared on Karan Johar's chat show with her father and the following day, Twitter showed immense love and acceptance, which is not usual for star kids.

Sara Ali Khan is reportedly being cast in the sequel of her father's Love Aaj Kal, directed by Imtiaz Ali opposite Kartik Aaryan. However, no formal announcement has been made yet.