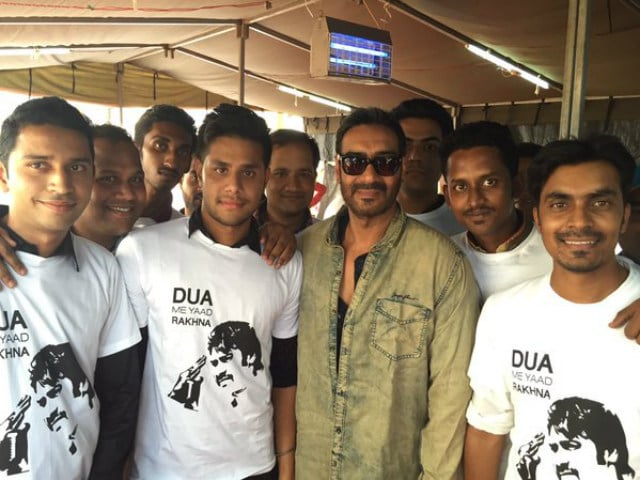 New Delhi: It's revealed! Actor-turned-filmmaker Ajay Devgn shared his first look from his upcoming movie Shaivaay on social media on December 26. Ajay, who has starred in action movies like Singham, Singham Returns and Action Jackson, can be seen hanging off a cliff, with support from just a rope. However, the 46-year-old actor explained the reason behind his stuntman persona.

Trying to overcome my fear of heights, do you guys think this will help?? pic.twitter.com/gSGJNuD73V

Only a few days ago, Ajay had also shared an image from the sets of the movie.

Shivaay is Ajay's second venture as a director, after his 2008 movie U Me Aur Hum, in which he also stars with veteran actor Dilip Kumar's grandniece, Sayesha Saigal, who is making her debut with the movie.

Shivaay, which began filming in Mussourie in November 2015, will hit screens on Diwali 2016. (Also Read: Ajay Devgn Arrives in Mussoorie to Film Shivaay)