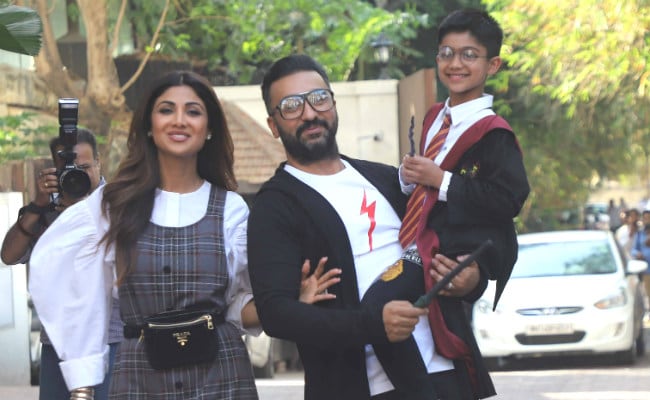 Shilpa and Raj with Viaan

Shilpa Shetty and Raj Kundra's son Viaan turned 7 on May 21 and celebrated the occasion with a blockbuster birthday party on Saturday. Super mom Shilpa Shetty hosted a Harry Potter-themed party for Viaan's chillar party of friends, including classmates and other celebrity kids. Shilpa Shetty and Raj Kundra greeted the paparazzi with ear-to-ear smiles made for several memorable family-moments as they posed with Viaan. The birthday boy, dressed like a young Harry Potter in Hogwarts-special uniform and round glasses, weaved magic with his wand and we already know being adorable is his superpower. Shilpa complied with the theme with a Harry Potter-twist to her uniform inspired outfit.

Here's how much fun Viaan Raj Kundra's birthday party was! 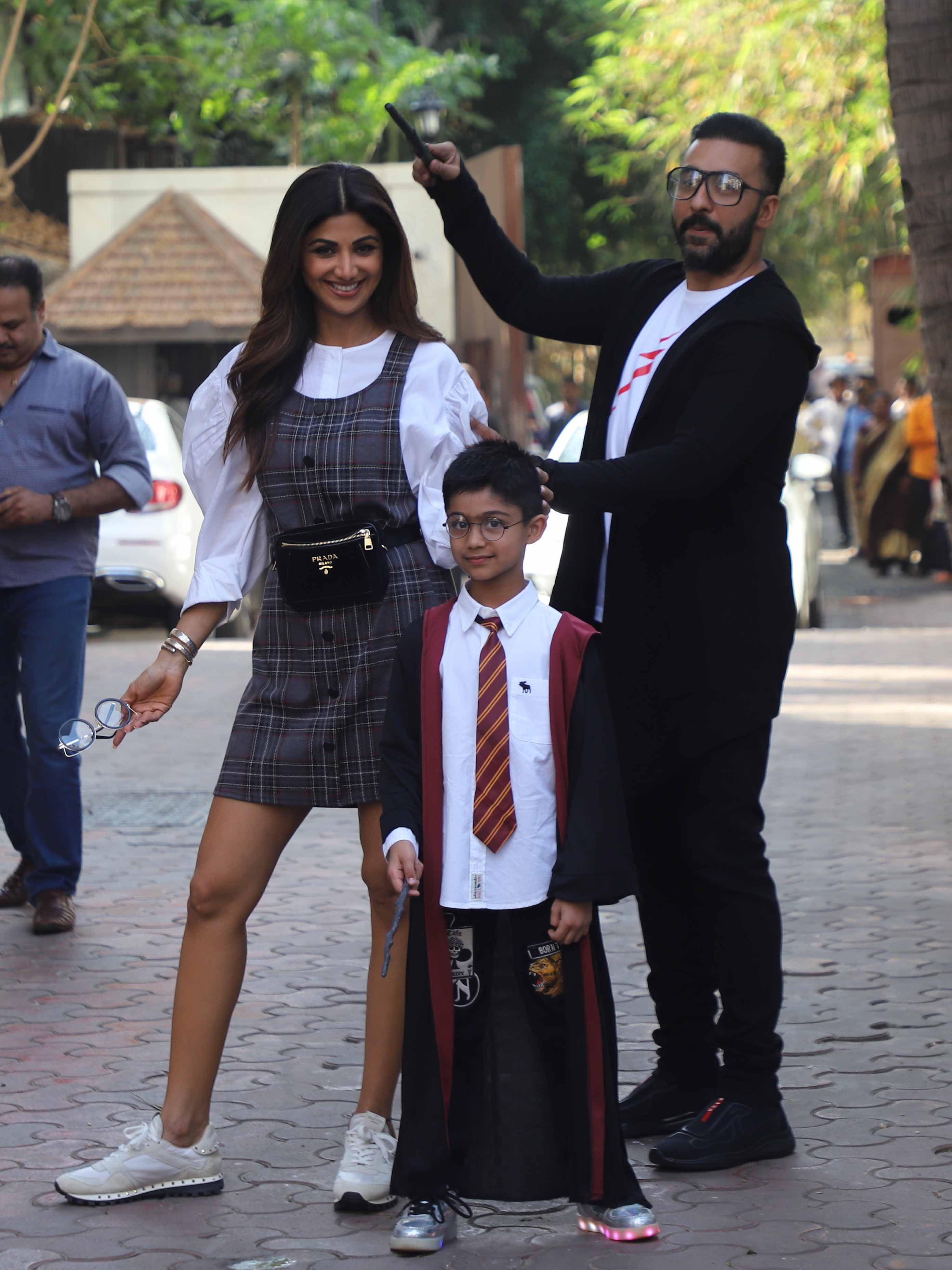 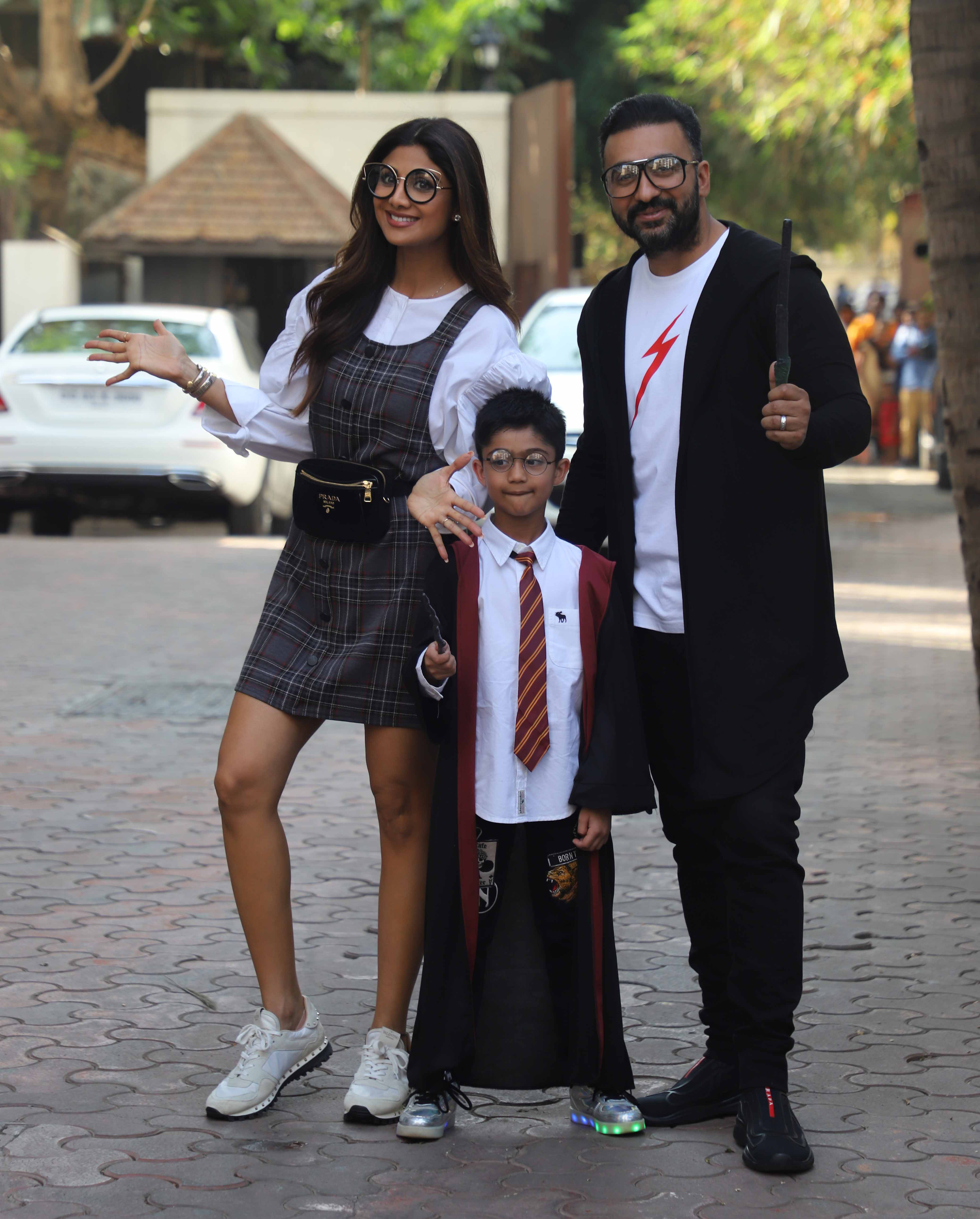 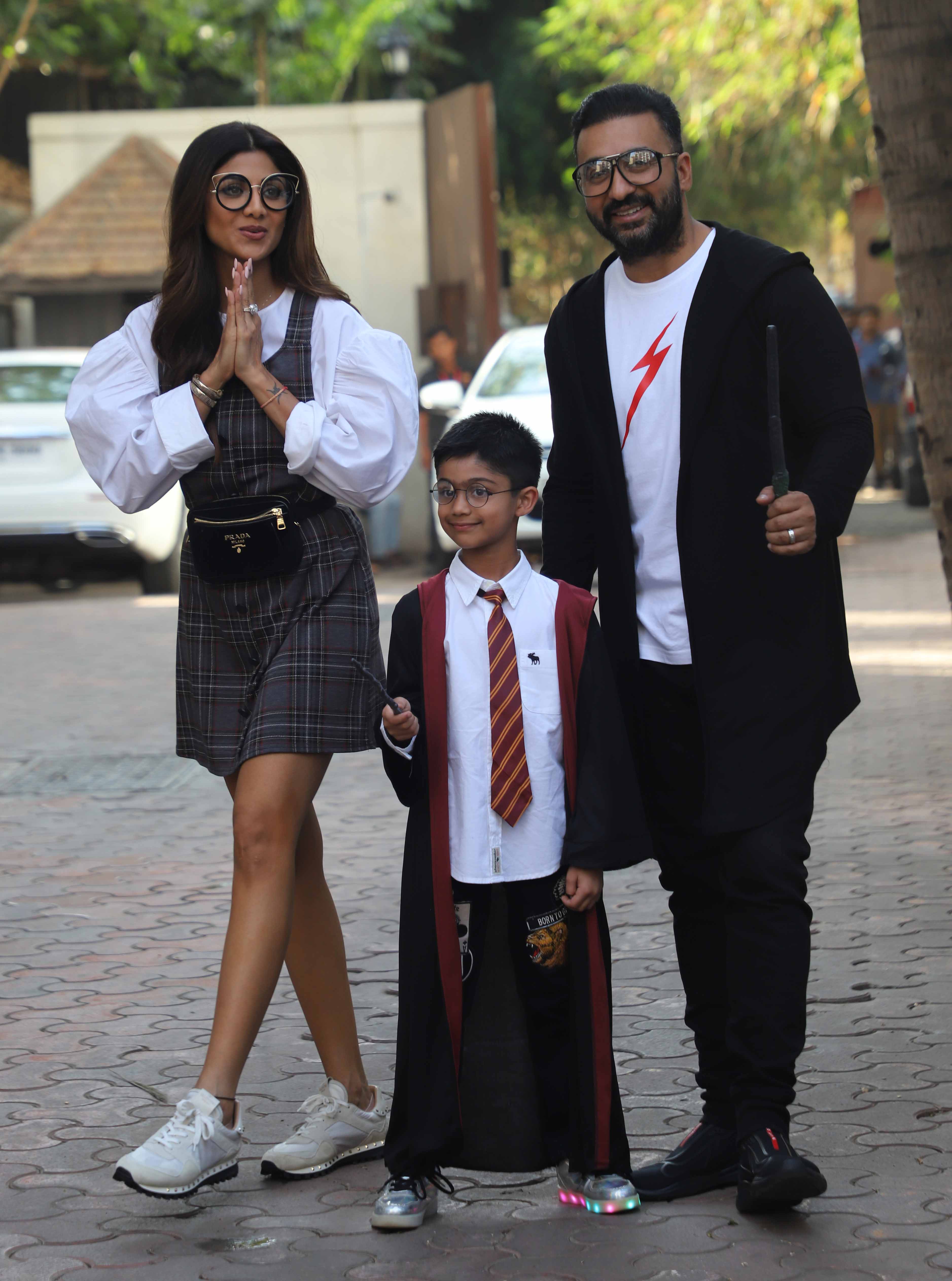 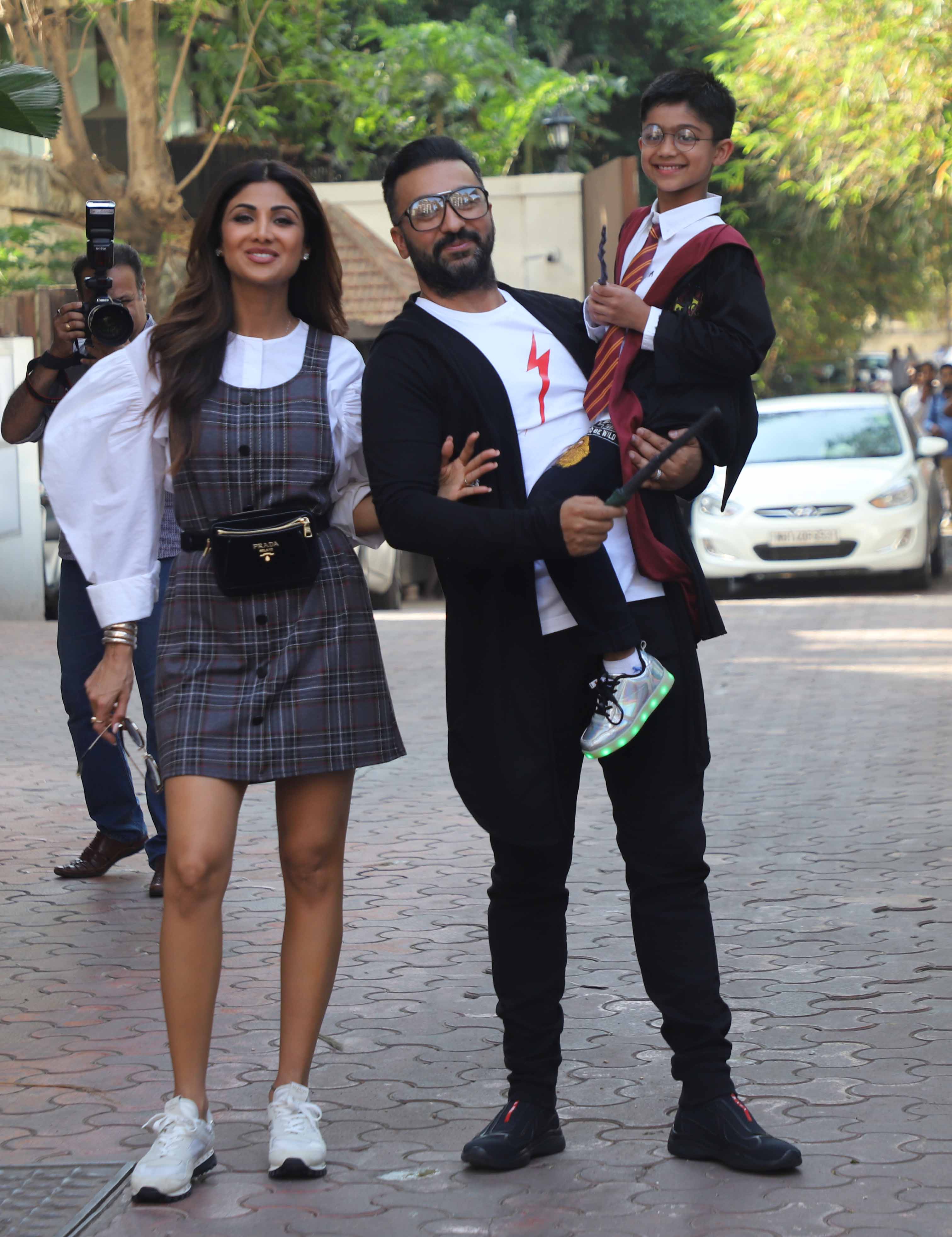 Photos from outside the party venue in Mumbai have been trending all of, which also gives us a glimpse of the guest list - Tahira Kashyap checked in with daughter Varushka and son Virajveer while Neelam Kothari came with her daughter Ahana. Guess who else was also spotted? Esha Deol's baby daughter Radhya cradled in the arms of dad Bharat Takhtani. Isha Koppikar also partied with Shilpa and the young ones while Farah Khan Kunder arrived with her son Czar. Salman Khan's nephew Aahil Sharma made an entry with mom Arpita Khan Sharma and stole some of the limelight. 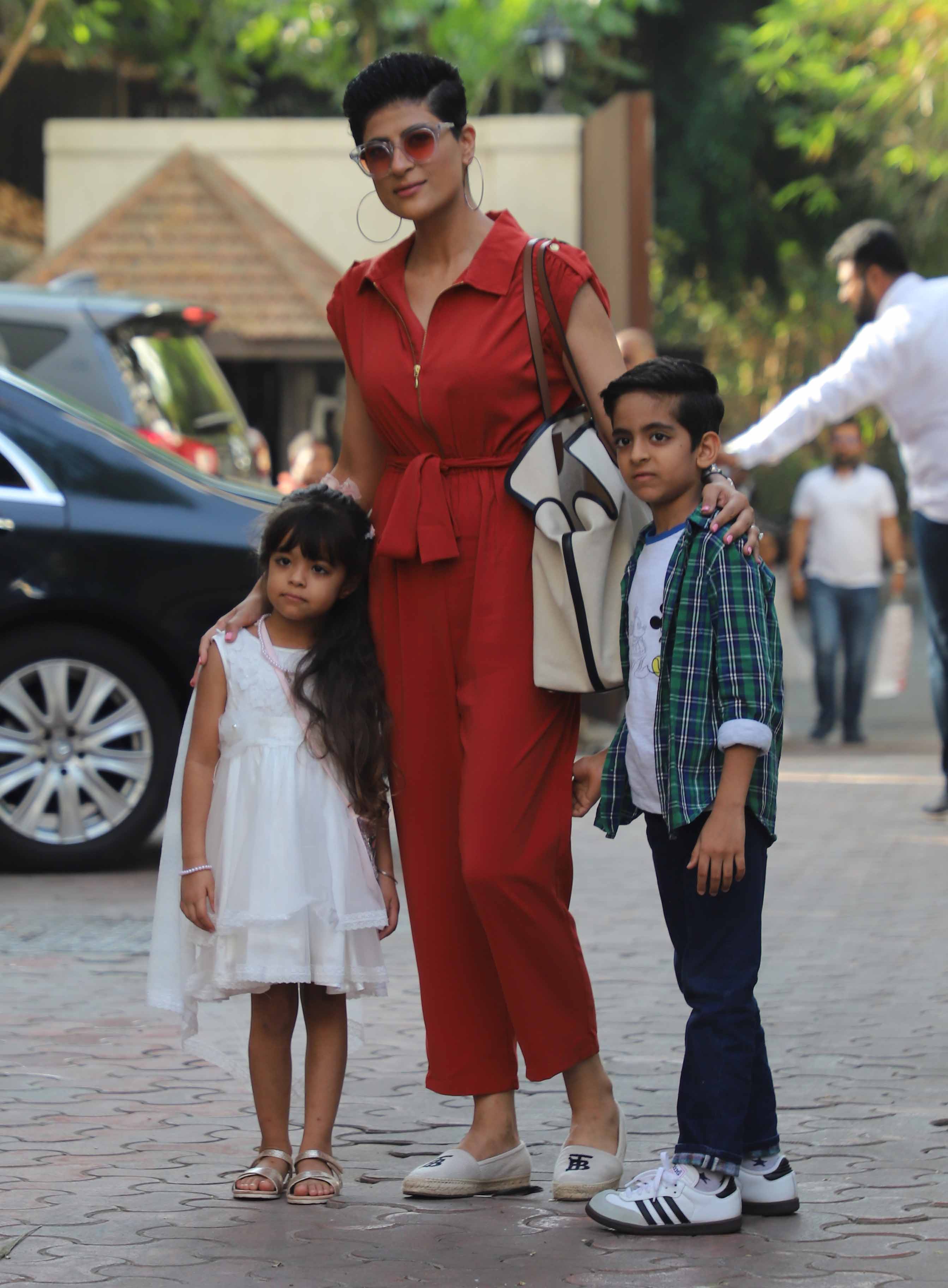 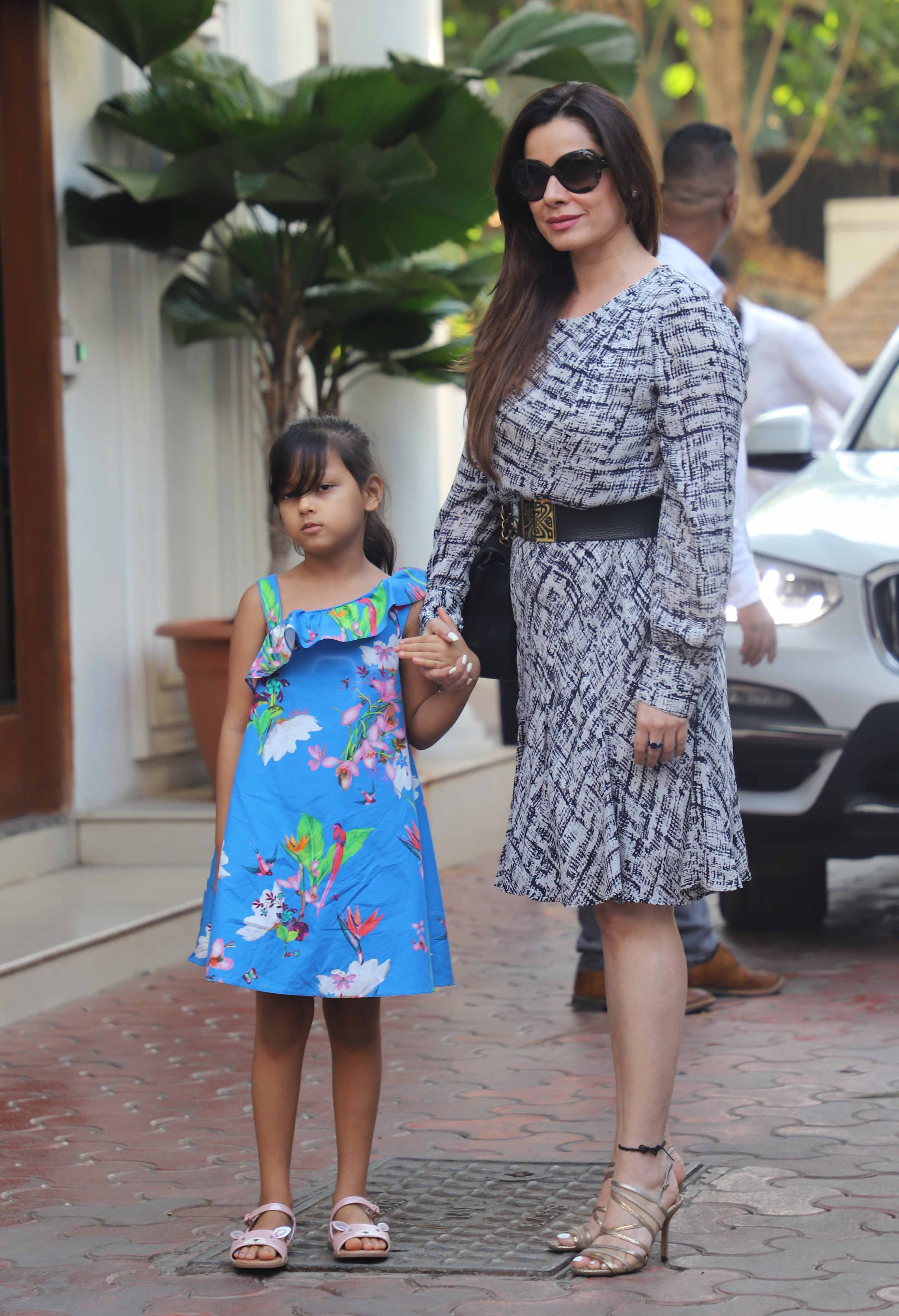 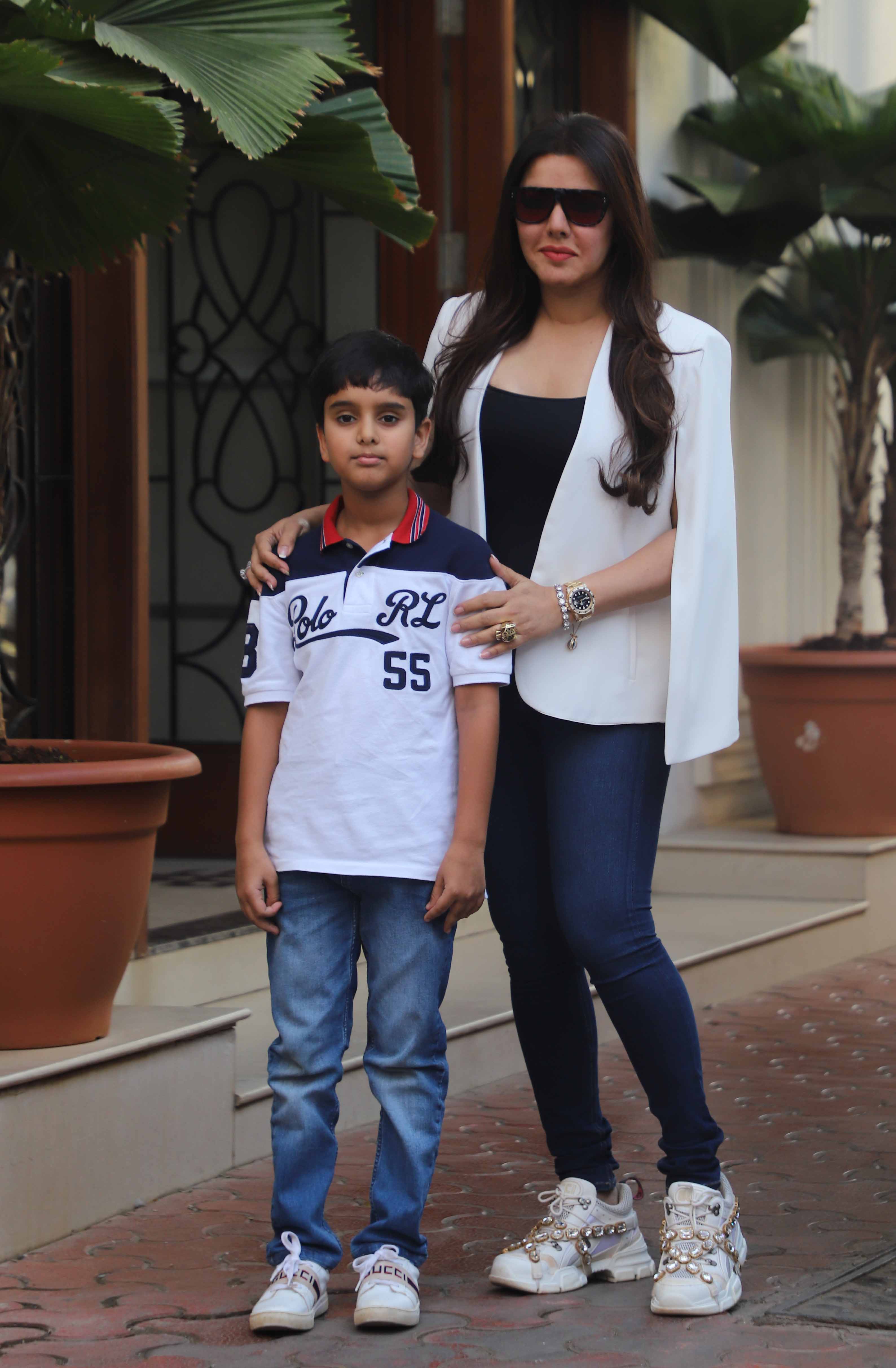 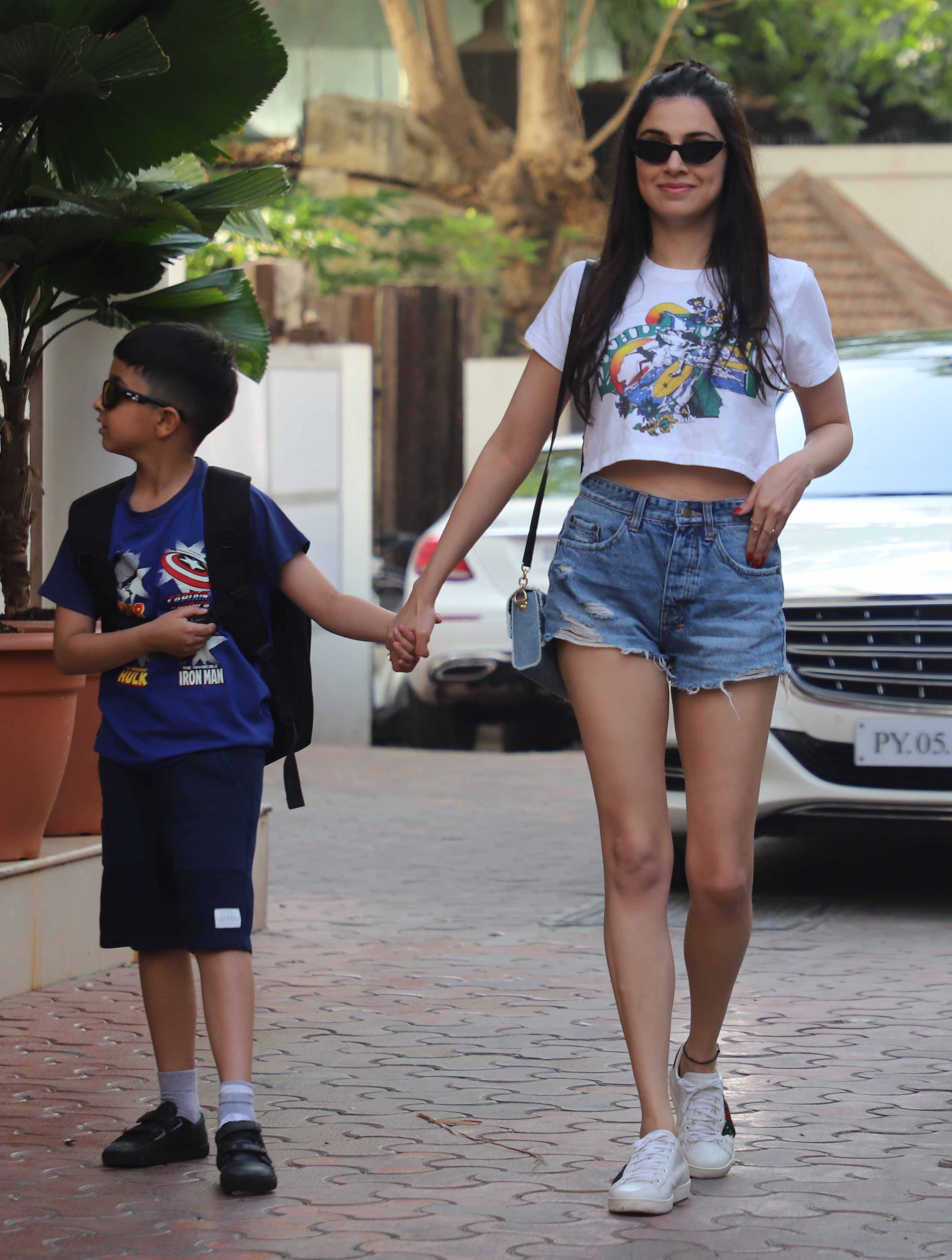 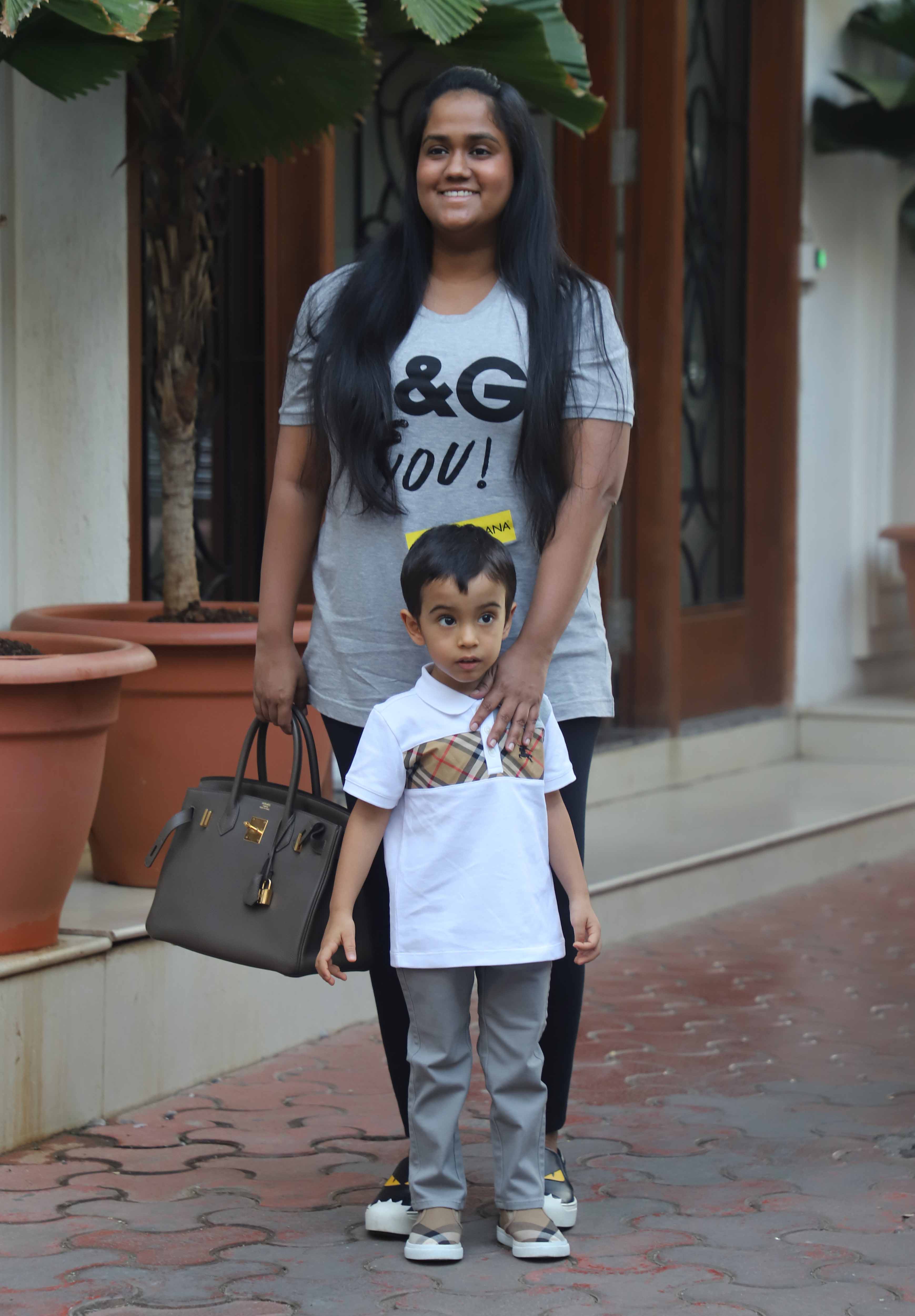 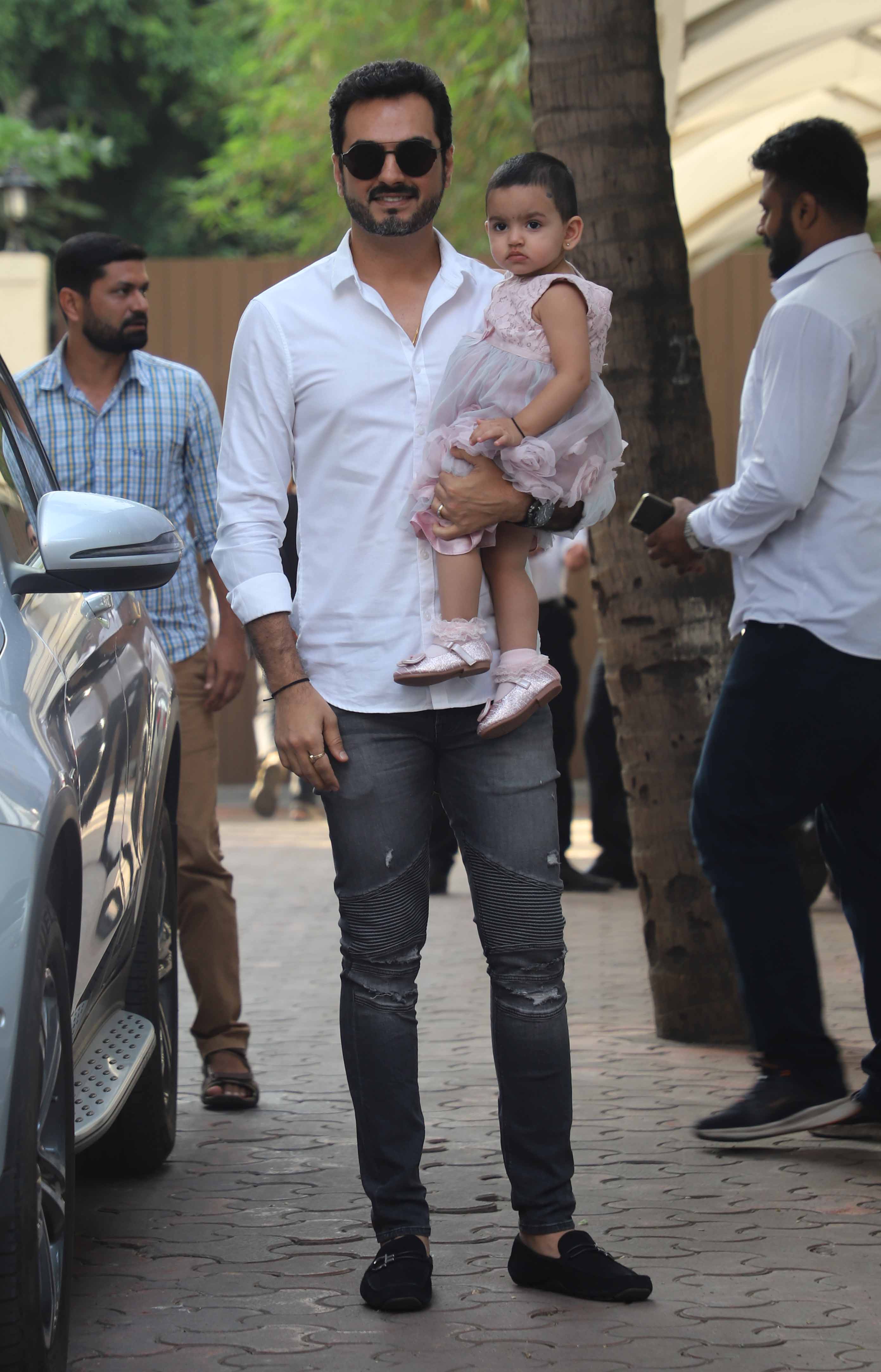 On May 21, Viaan's birthday was also made special with heart-warming wishes from his parents. "Happy birthday my dearest son, my friend, my life and my blessing from god Viaan Raj Kundra. Can't believe how 7 years have flown by!" wrote Raj while in a separate post, Shilpa added: "Didn't believe in miracles till I gave birth to you!"

Happy birthday my dearest son, my friend, my life and my blessing from god @viaanrajkundra can't believe how 7 years have flown by! Thank you @theshilpashetty for making me such a proud father #blessed #son #family #birthday Swipe Left for more pictures of my crazy but adorable son!! #21stMay

Didn't believe in miracles till I gave birth to you! Happy Birthday my son #Viaan-Raj, all of 7 now !! Gosh !! How time flies..you make me believe that there is an emotion like unconditional love. Thankyou for choosing me and teaching me new things everyday You are our universe my jaan.Mama and Papa will always be your loudest and most embarrassing #cheerleaders #birthday #son #unconditional #gratitude #blessings #miracleboy #miracles #love #pure #cake #smiles

Shilpa Shetty and Raj Kundra married in November 2009 and Viaan was born in 2012.