Sushmita is rumoured to be dating Rohman Shawl

For Bollywood, Sunday wrapped with a glitzy Diwali party hosted by none other than Shilpa Shetty and her husband Raj Kundra. The impressive line-up of guests for Shilpa's party included her celebrity friends Salman Khan, Preity Zinta, Jacqueline Fernandez, Karan Johar and many more but the paparazzi went into a tizzy when Sushmita Sen checked in to the party with her rumoured boyfriend Rohman Shawl. Sushmita and Rohman Shawl were colour coordinated in black. The rumoured couple gladly posed for the shutterbugs before heading inside for the party. Sushmita Sen reportedly met Rohman Shawl few months ago - he is a model, who has walked the ramp for several celebrated designers.

The former beauty queen was stunning as ever in a black sequinned top and pants. Happy Diwali, Sushmita! 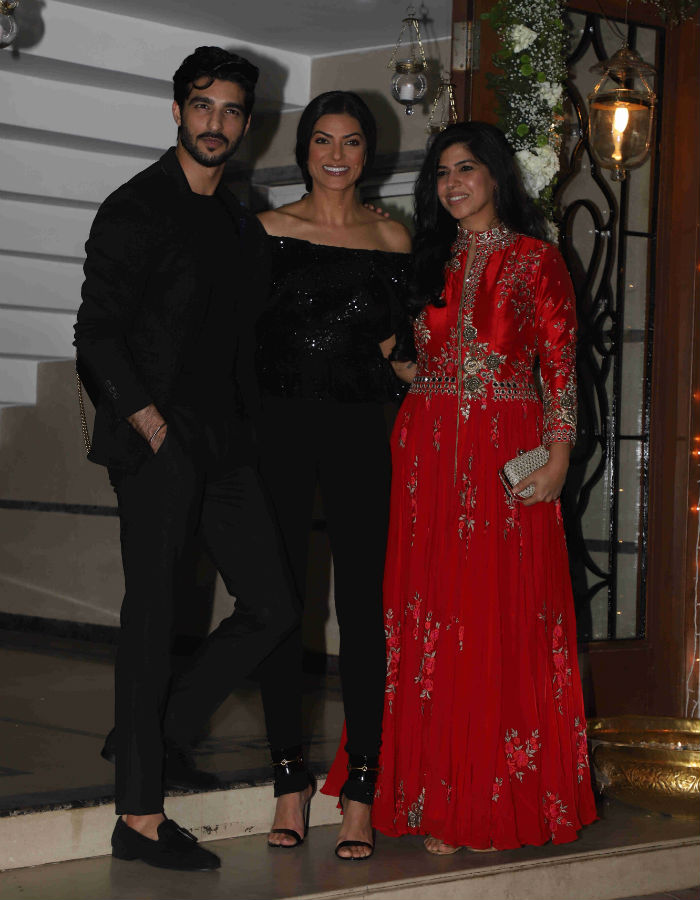 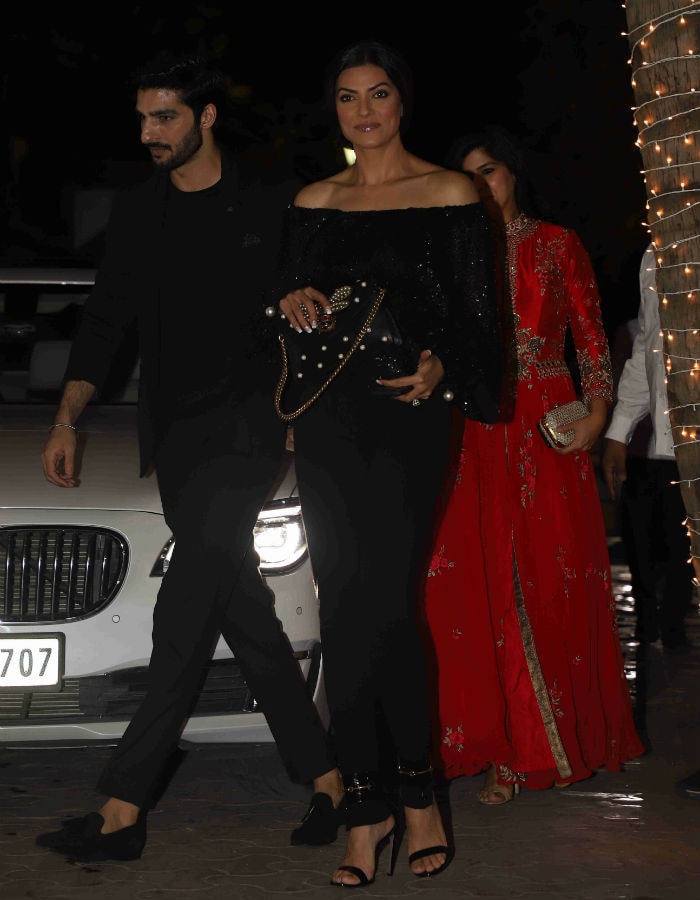 Guess who else made couple's entry to the party? Arbaaz Khan and his rumoured girlfriend Giorgia Andriani. Arbaaz started making public appearances with Giorgia, who is an Italian model, only recently, sparking rumours that they are now dating. Giorgia has also been spotted at Arbaaz's family functions. 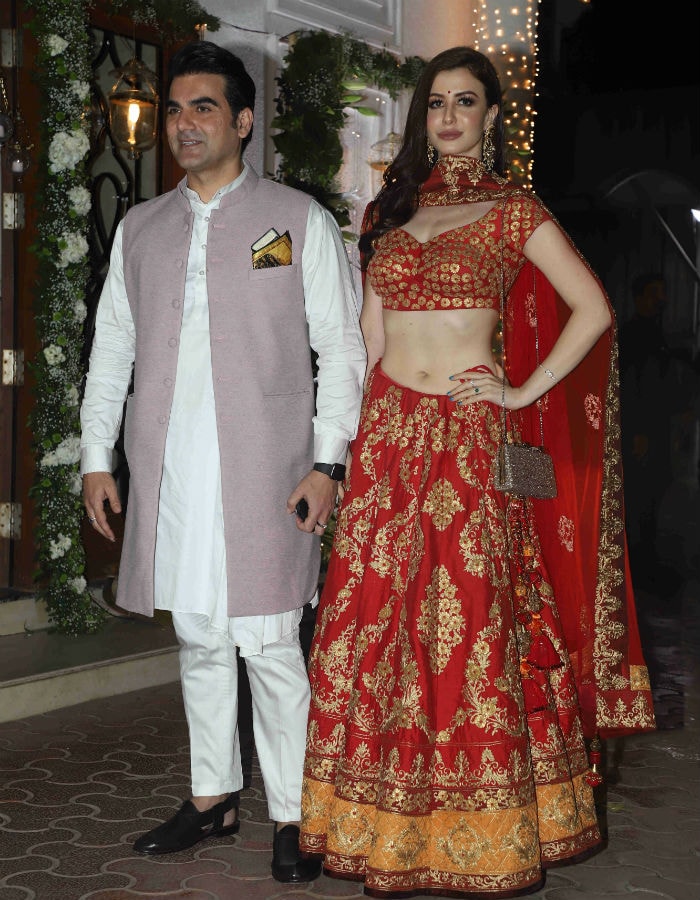 Meanwhile, here's how much fun Salman Khan, Preity Zinta, Jacqueline Fernandez and Karan Johar had at the party. The host was no less stunning herself! Shilpa looked fabulous in an ensemble designed by Amit Aggarwal. 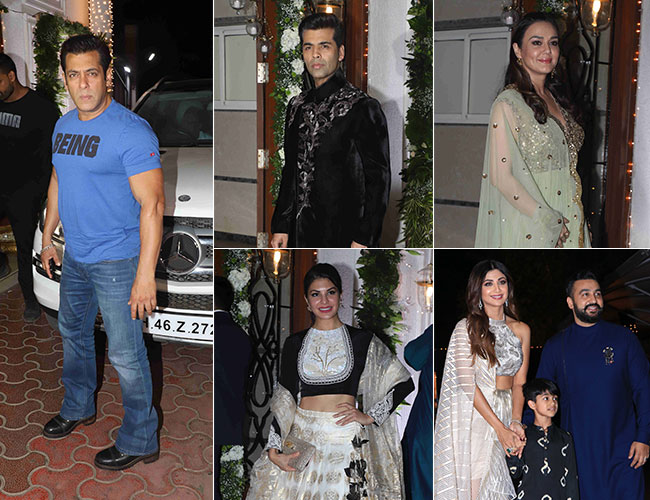 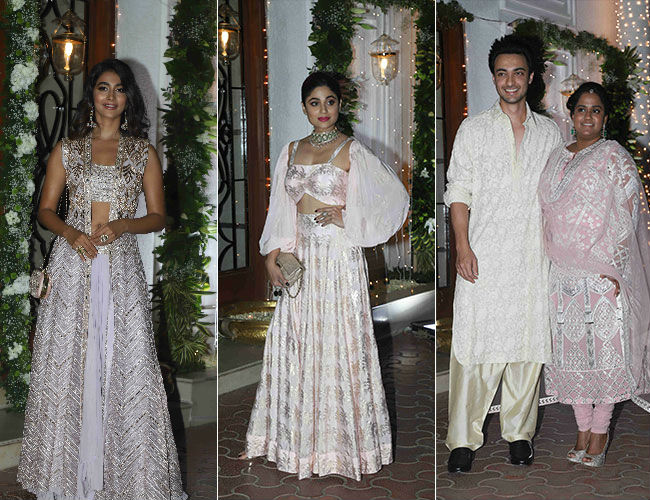 Other guests at Shilpa Shetty's Diwali party included celebs from the television circle - Karishma Tanna, Sanjeeda Sheikh, Anita Hassanandani and Ekta Kapoor were there too. 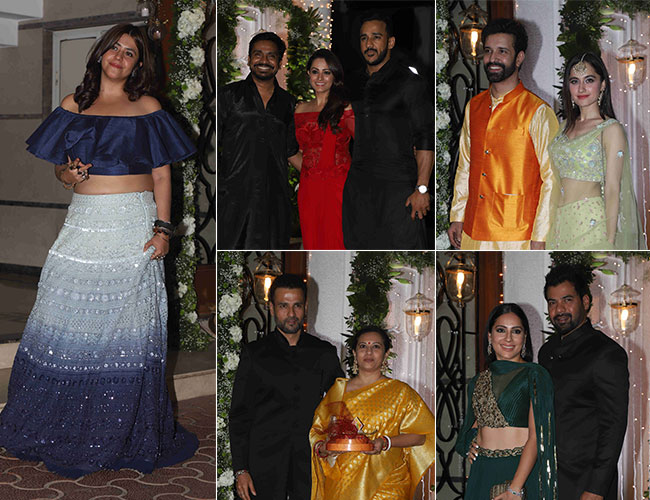 For Bollywood, the right mood for Diwali was set by a star-studded party by designer duo Abu Jani-Sandeep Khosla, which was followed by a blockbuster black-and-gold themed party at Shah Rukh Khan's residence. Shah Rukh's Diwali party was attended by guests such as Aamir Khan, Katrina Kaif, Alia Bhatt and others.