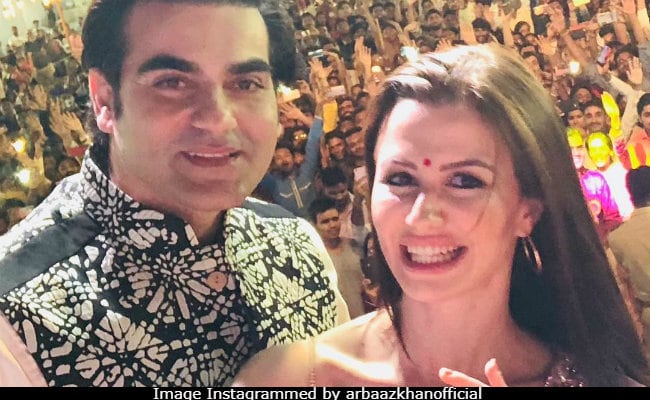 Arbaaz Khan had blockbuster Navratri celebrations in Gujarat recently and the festivities were made special by none other than his rumoured girlfriend Giorgia Andriani. Arbaaz and Giorgia attended a Navratri-special event in Gujarat , the glimpses of which have been shared on the actor's Instagram. Sharing an album of photos with Giorgia, Arbaaz wrote: "Celebrated Navratri with Giorgia Andriani at Bageshree Films Navratri 2018, Gandhidham, Gujarat. It's always so refreshing visit to Gujarat and enjoy the warmth and hospitality." In one of the photos, Arbaaz adorably joined Giorgia in the frame, who posed with the hand-heart and in another, the rumoured couple posed together for a selfie with fans and the huge crowd behind them.

These pictures are proof that Arbaaz Khan and Giorgia Andriani had fun-filled Navratri celebrations!

Arbaaz began making public appearances with Giorgia, who is an Italian model, only recently, sparking rumours that they are now dating. Arbaaz and Malaika Arora officially divorced in 2017 but continue to maintain a cordial rapport even after their separation. Malaik and Arbaaz are parents to a son named Arhaan, who lives with Malaika. While Malaika often joins the khandaan for family occasions, Giorgia too have been spotted attending the family festivities with Arbaaz. Giorgia was Arbaaz's constant plus-one during Ganesh Chaturthi celebrations this year. Arbaaz and Giorgia were photographed making a couple's entry Arpita Khan Sharma's puja after which they were also part of the visarjan. 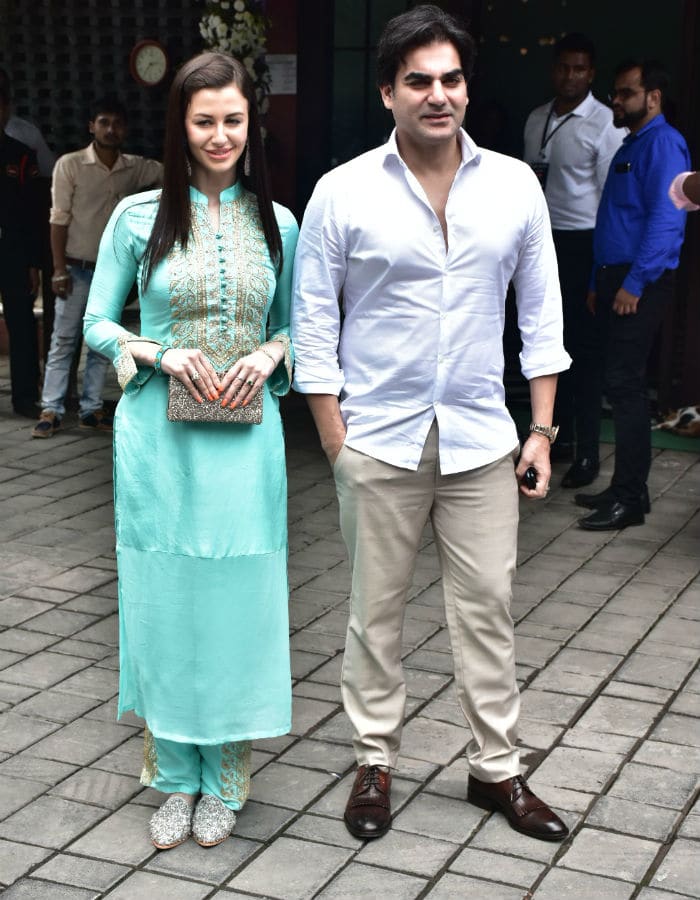 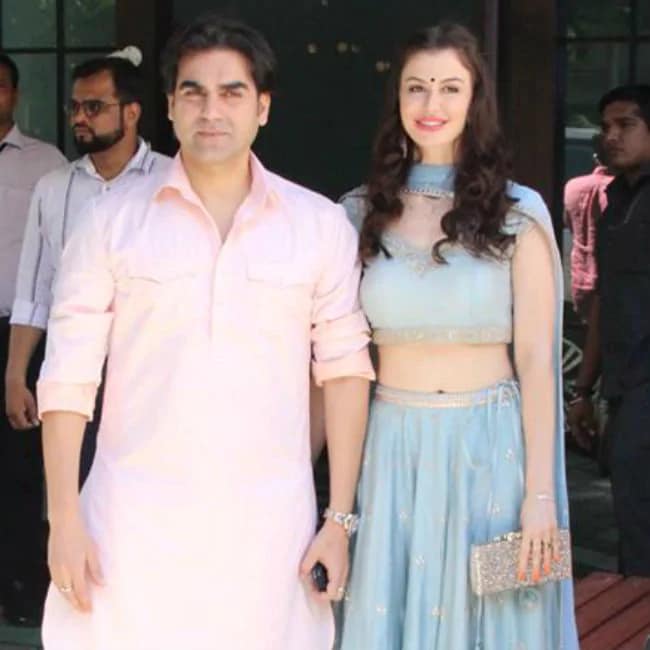 On the work front, Arbaaz Khan is currently working on Dabangg 3, which will see the return of Salman Khan as Chulbul Pandey.