Shikara - Aamir Khan Gives A Shout-Out To Vidhu Vinod Chopra's Film: 'A Story That Needs To Be Told'

"Shikara is a film about one of the most tragic events in our recent history," tweeted Aamir Khan 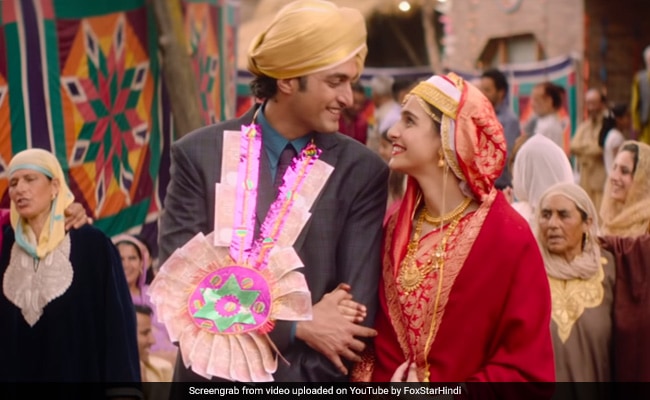 Aamir Khan gave a massive shout out to filmmaker Vidhu Vinod Chopra on the release day of his new movie Shikara. Aamir, who has frequently collaborated with the filmmaker, shared the trailer of Shikara on Friday afternoon and sent good wishes to the team: "Wishing you all the very best Vinod!" Shikara is a love story set against the exodus of the Kashmiri Pandits displaced from the Kashmir valley in 1990. Talking about the theme of Shikara, Aamir added it touches upon a "tragic event" that "need to be told" about: "Shikara is a film about one of the most tragic events in our recent history. A story that needs to be told."

Aamir Khan also shared the trailer of Shikara along with his tweet:

Wishing you all the very best Vinod!
Shikara is a film about one of the most tragic events in our recent history. A story that needs to be told. https://t.co/IjssVfrwus

Shikara stars newcomers Aadil Khan and Sadia as a young couple, who feature in "a timeless love story in the worst of times." The trailer of Shikara released in January, when Vidhu Vinod Chopra described the film as "The untold story of Kashmiri Pandits."

IANS reported, at the trailer launch of the film in Mumbai, Vidhu Vinod Chopra, who is from Kashmir, said: "I condemn all violence and I am not saying this for the sake of it. I condemn the violence which took place 30 years ago and I condemn the violence which is taking place today. But somewhere deep down in my heart there is this hopeful individual -- maybe because I am from Kashmir and attached to poetry. I feel that someday this icy mountain will melt, the snow will be gone and there will be spring. I am saying this with all honesty. I am hopeful that someday soon there will be the blooming of India for each one of us."

Aamir Khan has worked with Vidhu Vinod Chopra for films such as PK and 3 Idiots.