Shikara trailer: The film is based on the exodus of the Kashmiri Pandits, displaced from the valley in 1990 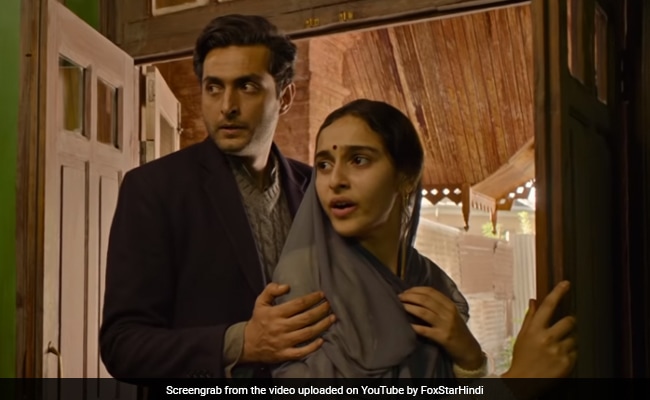 Filmmaker Vidhu Vinod Chopra, who is best known for films such as Mission Kashmir, 3 Idiots, Munna Bhai, Sanju and Wazir, just dropped the trailer of his new film titled Shikara. Written, produced and directed by Vidhu Vinod Chopra, who is from Kashmir, the trailer of Shikara comes with the tagline: "The untold story of Kashmiri Pandits." Shikara is a love story set against the exodus of the Kashmiri Pandits displaced from the valley in 1990 as the backdrop. The Shikara trailer also comes with the description that: "Shikara is the story of resilience in the face of insurmountable odds. It's also the story of a love that remains unextinguished through 30 years of exile. A timeless love story in the worst of times."

The Shikara trailer, set in Kashmir of 1990, opens with the disclaimer that it's based on real events and introduces a young couple played by new actors Sadia and Aadil Khan, whose loved-up moment gets disrupted by the noise of a commotion, who then witness houses being burnt from their window.

Speaking at the trailer launch of Shikara in Mumbai, Vidhu Vinod Chopra said: "I condemn all violence and I am not saying this for the sake of it. I condemn the violence which took place 30 years ago and I condemn the violence which is taking place today. But somewhere deep down in my heart there is this hopeful individual -- maybe because I am from Kashmir and attached to poetry. I feel that someday this icy mountain will melt, the snow will be gone and there will be spring. I am saying this with all honesty. I am hopeful that someday soon there will be the blooming of India for each one of us."

Shikara marks Vidhu Vinod Chopra's return to direction In Bollywood after a hiatus of 13 years. His previous directorial Bollywood project is Eklavya: The Royal Guard, which released in 2007.

The music of Shikara has been composed by National Award-winner A R Rahman. Shikara is all set to hit screens on February 7, when it will clash with Malang and Jawaani Jaaneman.