Shibani Dandekar Had A Strong Fashion Game Even As A Kid. Here's Proof 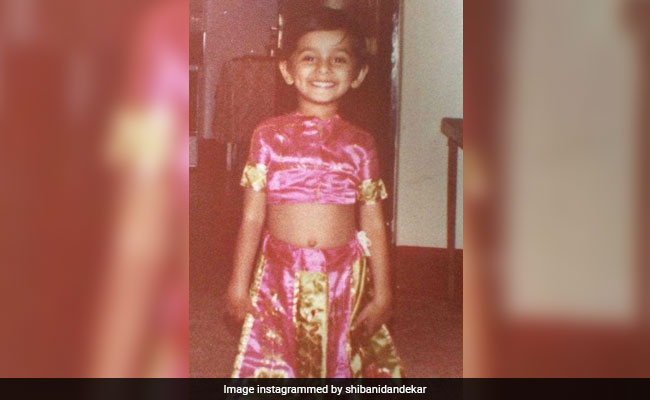 On Wednesday evening, we chanced upon a super cute throwback picture shared by a celebrity that will surely make you go "aww." Can you guess the little "Mowgli" in the picture? In case the name Shibani Dandekar pops into your head, your guess is absolutely right. Shibani struck gold in her photo archive and shared a picture from her childhood days on her Instagram profile. It wouldn't be wrong to say that Shibani had a strong posing game even as a child. In her post, Shibani revealed that the picture was taken in the year 1983. Little Shibani can be seen dressed in a pink and golden lehenga and she looks extremely cute in the picture.

Besides the picture, another interesting aspect of Shibani's post was the actress' caption on it. Shibani wrote: "Circa 1983. Mowgli inlehenga." She added the hashtag "#killingthatfashiongame." The comments section was replete with comments like "cuteness overloaded" and "what a cutie."

Shibani Dandekar frequently features in the headlines for relationship with rumoured boyfriend Farhan Akhtar. The duo have been dating for almost a year now. However, they have neither confirmed nor denied the reports of their relationship.

Shibani Dandekar is a model-turned-VJ, who became a household name after she started hosting Indian Premiere League. She has participated in reality shows such as Khatron Ke Khiladi and Jhalak Dikhla Ja. Shibani has also hosted shows such as The Stage, Style And The City and Top Model India.