Sanjay Kapoor said, "Shanaya is learning the ropes. She is taking her acting, dance and diction classes." 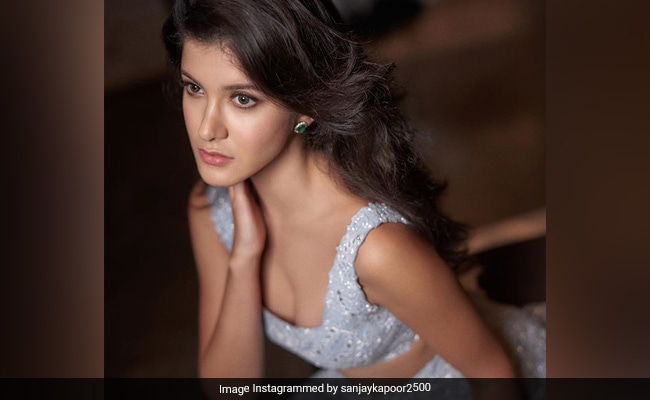 Actor Sanjay Kapoor says that his daughter Shanaya, who is expected to make her Bollywood debut soon, knows that hard work is the key to success in the film industry, reports news agency PTI. Sanjay Kapoor told PTI, "She knows hard work matters. You can be anybody's daughter or niece but it is going to be your dedication that will take you ahead." Shanaya recently assisted director Sharan Sharma on Gunjan Saxena - The Kargil Girl, which is produced by Karan Johar through Dharma Productions and the film features Shanaya's cousin Janhvi Kapoor in the lead role.

However, working behind the cameras is just Shanaya's prep work for Bollywood as she aims to be an actress. "She is learning the ropes. She is taking her acting, dance and diction classes. In our family, she has watched me, her uncle and cousins closely," said Sanjay Kapoor. Earlier, Shanaya's cousins Sonam Kapoor (daughter of Anil Kapoor) and Arjun Kapoor (son of Boney Kapoor) assisted directors Sanjay Leela Bhansali and Nikhil Advani, respectively before making their full-fledged Bollywood debuts.

Sonam Kapoor, who assisted Mr Bhansali during Black, was launched by the filmmaker in 2007 film Saawariya while Arjun worked with Nikhil Advani on Kal Ho Naa Ho and Salaam-e-Ishq.

Meanwhile, Shanaya Kapoor counts Suhana Khan (daughter of Shah Rukh Khan) and Ananya Panday (daughter of Chunky Panday) among her best friends. Ananya debuted in Bollywood earlier this year with Student Of The Year 2 and she's already filming Pati Patni Aur Woh and Khali Peeli. Suhana Khan on the other hand has confirmed that she'll take up acting as her career but she hasn't set a date for her debut.