Shameless: Sayani Gupta's Next Is A Short Film By Kick Writer 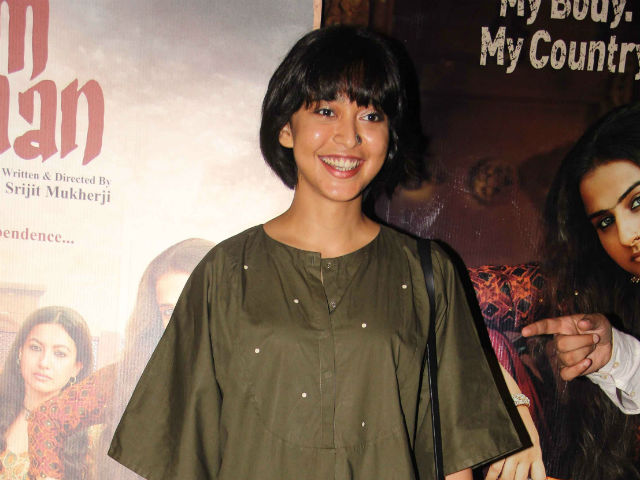 New Delhi: Actress Sayani Gupta, who was last seen in Jolly LLB 2, has now signed a short film with the writer of Kick, Keith Gomes. Sayani, who has carved a niche for herself with films like Fan, where she was seen alongside Shah Rukh Khan and Margarita, With A Straw, is all set to play a delivery girl of a fast food chain in the short film titled, Shameless. The film also stars Hussain Dalal, who comes from a theatre background. Sayani is excited about her role and told The Indian Express The Indian Express, "When Hussain called me saying that there was this short he wants me to act in along with him and told me the premise, I was immediately hooked. Then I read the script and it was quite thrilling honestly. Also it was a perfect piece for two actors and had a lot of scope for trying out something totally new and fun."

Promoted
Listen to the latest songs, only on JioSaavn.com
Shameless revolves around a man who has been hooked to mobile phone apps and loves ordering online. The 31-year-old actress is already 'kicked' about her role. She added, "I met Keith, the director and immediately loved him. He is a great writer but also an amazing guy. It was a small shoot over two days in an apartment in Dadar and we had a great time collaborating."

Sayani, who is a graduate from the Film and Television Institute of India (FTII), added that she prefers short films over commercial cinema as they have "more scope." "It gives you more scope to try out something new and unconventional without putting anything at stake. Short films are a great medium to tell stories, with making an impact," Sayani said. Sayani Gupta will be soon seen in Jagga Jasoos, co-starring Ranbir Kapoor and Katrina Kaif. The film is directed by Anurag Basu.