Shaktimaan Sequel On The Cards? Here's What Mukesh Khanna Said

"For the last three years, we have been working towards bringing out the second edition of Shaktimaan," said Mukesh Khanna 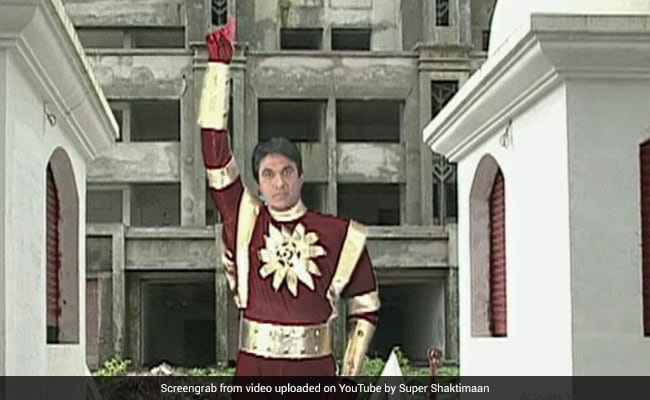 Shaktimaan, who is said to be India's first superhero clearly needs no introduction. The reason we brought this up today is because Mukesh Khanna, who played the titular role in the beloved show, recently hinted at a possible sequel. Shaktimaan, which aired on Doordarshan from 1997 to 2005, will soon get a sequel, Mukesh Khanna said in a recent interview with Bombay Times. The 61-year-old actor said, "For the last three years, we have been working towards bringing out the second edition of Shaktimaan, which is contemporary, but rooted in our values. We were working on the sequel because people wanted to know, aage kya hua." He added, "I feel whenever we return to work after this crisis, I will be in a better position to bring out the second part because the demand for it is higher than ever before."

Produced by Mukesh Khanna and directed by Dinkar Jani, Shaktimaan chronicled the adventures of the famous superhero and his alter ego Pandit Gangadhar Vidyadhar Mayadhar Omkarnath Shastri. The show resonates with today's generation. How can we forget Shahktimaan's Choti Choti Magar Moti Baatein ? A mini-educational series of sorts in which Shaktimaan gave valuable moral science lessons to his viewers (majority of which were children).