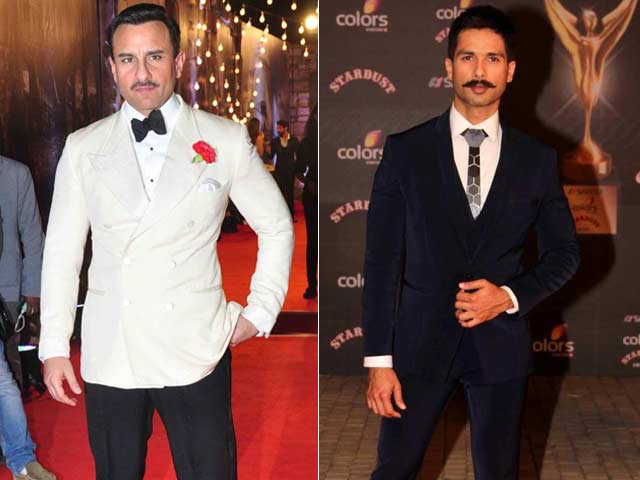 Saif Ali Khan and Shahid Kapoor photographed at the Stardust Awards in Mumbai.

"I have shot with him for around two days. Saif is very professional. Nobody could have done the role like him. He is a great cast in the film. Same goes to Kangana Ranaut, who has been doing great work. Looking forward to know how people will react to the casting," said Shahid. (Also Read: Saif Ali Khan and Shahid Kapoor 'Have no Issues')

Shahid's previous film Shaandaar failed at the box office. The actor said that a film's failure is as bad as a break up.

"It hurts when a film doesn't work. You put in so much of hard work and if it doesn't work out, then you experience pain and anger. One goes through the same emotion during a breakup," added Shahid.

Shahid got married to Mira Rajput earlier this year.

"Mira is independent. Her opinion is very important to me," said Shahid.