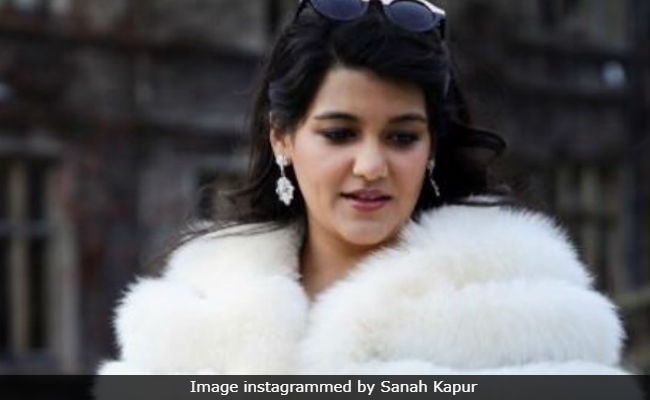 Shahid Kapoor's sister Sanah Kapur is currently shooting for Saroj Ka Rishta, where the actress will play the leading role for the first time. Sanah (daughter of Pankaj Kapur and Supriya Pathak), who made her Bollywood debut with brother Shahid Kapoor in 2015's Shaandaar said that Shahid has no special advice for her latest endeavour, a Mumbai Mirror report stated. "He just told me to have fun and enjoy what I love doing," Mumbai Mirror quoted the actress as saying. In Abhishek Saxena's Saroj Ka Rishta, the actress plays the titular role of Saroj. The film is set against the backdrop of a wedding and it addresses body-shaming issues while it simultaneously revolves around a father-daughter relationship.

Sanah Kapur also explained why the role of Saroj is close to her heart. "I feel strongly about it (body shaming issues). It's important to be comfortable and true to yourself because every human being is unique. It's wrong to fit everyone in one box. If we want to change it should only be for ourselves. This subject is really close to my heart," Sanah told Mumbai Mirror.

Take a look at the teaser of Saroj Ka Rishta:

Director Abhishek Saxena had told in an earlier interview to Mumbai Mirror that he wanted to cast Sanah in the lead role after watching Shaandaar but the actress said that she wanted to take time off to fine-tune her acting skills. "I took a year to concentrate on theatre to help myself improve as an actor while looking for a script that I wanted to be a part of," she said.