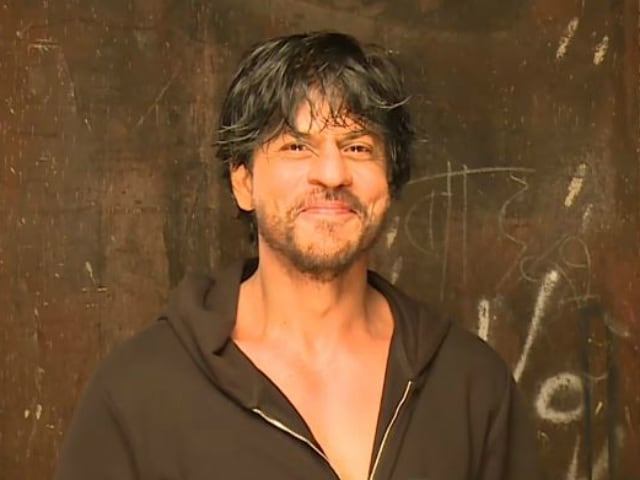 SRK in a still from the Calendar Shoot teaser.

New Delhi: As Abhishek Bachchan says, it's that time of the year again. Celeb photographer Dabboo Ratnani has shot his 17th star-studded calendar and a teaser video has been released of what to expect, in the words of Mr Ratnani's famous subjects.

Here's what they have to say about their shots.

Big B: Dabboo's extraneous ideas have made me look stupid. I think that's what he wanted. That's what he thinks I am.

SRK: Out of 17 shoots, I have featured in 15 because two were exclusively for women. So I want to sue him for gender inequality. (Also Read: Inside Pics: Shah Rukh Khan's Fantastic Dubai Holiday)

SRK also said: His wife told me, "Open some more buttons." I opened them and nobody told me to stop. Luckily, there was a power failure otherwise they would have taken off all my clothes.

Priyanka: Being on Dabboo's calendar is more consistent than being in movies.

Ranveer: For some reason, Dabboo thinks I am mad and said, "Let's bring you out of the asylum."

Varun: Dabboo has personally done a lot of things to me in the shoot, which are lawfully wrong.

Farhan: I took my shirt off this year. So next year I don't know what else...

Abhishek: My shot is sick.

Sidharth: My shot is when Dabboo walked in while I was taking my Monday morning shower.

Kriti: I was jumping on my bed when I got a call from Daboo.