Shah Rukh Khan will be seen next in Siddharth Anand's 'Pathaan', which also stars Deepika Padukone and John Abraham. 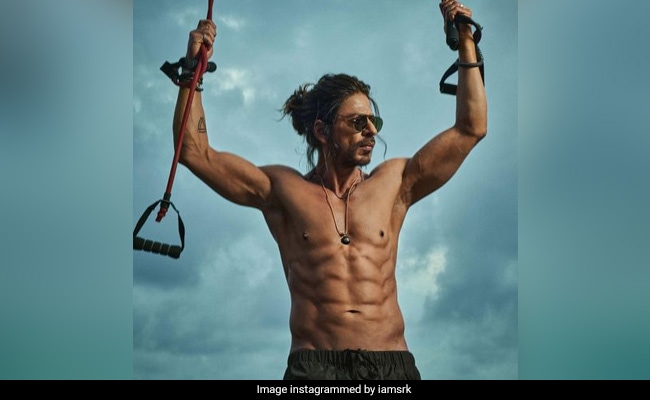 Actor Shah Rukh Khan on Saturday hosted a quick "Ask SRK" session for his nearly 43 million Twitter followers. The actor, who is making a comeback with Pathaan after nearly a four-year hiatus, revealed that today he woke up with answers, and therefore urged his fans to ask questions if they had some time to spare. Soon after, his Twitter followers dropped all kinds of questions for the superstar, right from questions about his personal life to questions about his upcoming movie.

One fan even ended up asking King Khan why is he so hot. Responding to this, SRK channelled his inner wittiness and hilarious replied, "Peri peri sauce with chicken helps... i think".

When another fan asked him what he would name a reality show like "Keeping Up With Kardashians" based on his family, the Bollywood star replied that firstly it would never happen, as he is a very private person and so is his family. However, he did have a hilarious name suggestion for his show. He wrote that if the reality show were to be made, it would be called, "Khandaan".

Shah Rukh Khan also answered how it was to work with his Pathaan co-star John Abraham. His fan asked, "Working experience with John?" SRK replied, "Known John for years. It was a pleasure to work with him. One of the most mild and well-mannered person."

Known John for years was a pleasure to work with him. One of the most mild and well mannered person https://t.co/yrs2eOHEn5

Meanwhile, on the work front, SRK was last seen doing three cameos in Aamir Khan's Laal Singh Chaddha, R Madhavan's Rocketry: The Nambi Effect and Ranbir Kapoor's Brahmastra. He will be seen next in Siddharth Anand's Pathaan, which also stars Deepika Padukone and John Abraham as well. Apart from this, Shah Rukh Khan will also be seen in Atlee's Jawan.