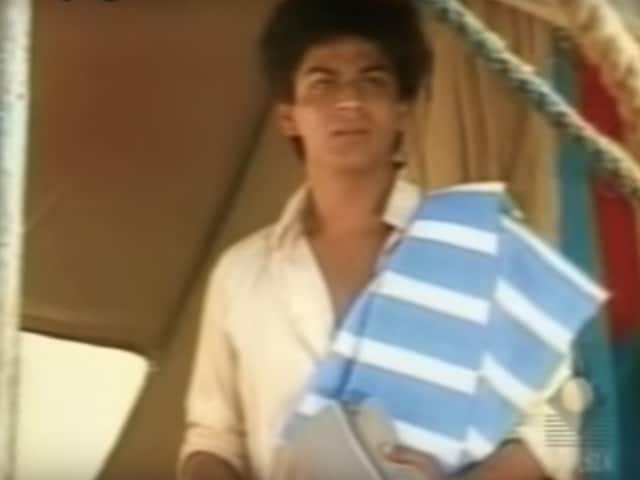 Shah Rukh Khan in a still from Circus

New Delhi: It was a very colourful Sunday for Shah Rukh Khan fans as Circus, SRK's popular TV show which ran on Doordarshan between 1989 and 1990, was aired again on popular demand. Folks on Twitter could not keep calm and live tweeted while watching Circus on Sunday. Circus was telecast at 8 pm on Sunday, in a slot that Doordarshan is considering dedicating to archival content. Some Twitter users appeared to have been taken unawares by the Sunday schedule of Circus and said: "Was flipping through the channel and suddenly saw SRK back in a younger version. Seems so surreal." Another user just could not stop thanking Doordarshan for the decision: "Thank You! Thank You! Thank You! DD National for Circus again! I will watch it daily," he tweeted.

Some cherished "old memories" while watching Shah Rukh's TV show and others were generally happy to see a younger version of the actor. "Reliving our old memories with family," and "Good to see Circus again on Doordarshan," read two tweets. Shah Rukh, now 51, is still a "charmer," said a fan, who tweeted while the show was ongoing.

Watching 'Circus' again on DD National
You're a star from the beginning Shahrukh.....Still the same charm

@DDNational THANK YOU !
THANK YOU ! THANK YOU DDNational for #SRK#Circus again ! I will watch it DAILY !
It is your BEST decision ever! pic.twitter.com/Thdi6VO2jv

Was flipping through the channel and suddenly saw..#SRK back in a younger version.. seems so surreal..#dd#circus_returns

@iamsrk uhuuuu! Good to see #Circus again on doordarshan. I want to hug you #Srkpic.twitter.com/oSc6LhH5VS

Supriya Sahu, Director General of Doordarshan said that they are also planning to bring back more such shows on the channel, reported news agency PTI. "We are considering having a dedicated half an hour time slot on which popular programmes and content from Doordarshan's archives may be shown. There has been a stream of requests related to many of these programmes which are fresh in people's minds even today," she said.

Promoted
Listen to the latest songs, only on JioSaavn.com
The role of circus troupe member Shekharan in Circus was one of Shah Rukh Khan's earliest and is still fondly recalled by those who grew up watching Doordarshan in the NIneties. Directed by Vicky Aziz Mirza and Kundan Shah, Circus also starred Renuka Shahane, Pawan Malhotra and Ashutosh Gowariker, now a director, in a significant role. Shah Rukh Khan's TV debut was in 1989's Fauji and 1992's Deewana was his first Bollywood movie.