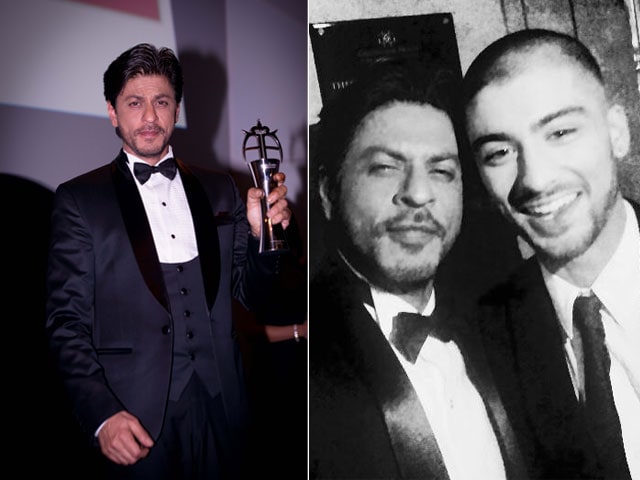 The image on the right was posted on Twitter by @iamsrk

SRK, who received the Outstanding Contribution to Cinema award said, "I am extremely humbled and honoured to receive this award. I say this very often that my stardom belongs to most South East Asians who reside abroad who have made the Indian cinema and me known around the world. I congratulate all the winners at the Asian Awards as well. There is so much talent around Asia and so many achievers, whether is was Dr Amar Bose, the Hinduja Brothers or Zayn Malik. I am glad to have been a part of such a wonderful celebration of hard work by people in difference field but similar passion."

Zayn Malik, who made his first public appearance after his controversial exit from One Direction, was presented with the award for Outstanding Contribution to Music. Naughty Boy, the producer rumoured to be working with Zayn was also at the awards.

While SRK looked dashing in a black tux, Zayn, who looked extremely handsome in a navy suit and black tie, sported a new buzzcut. 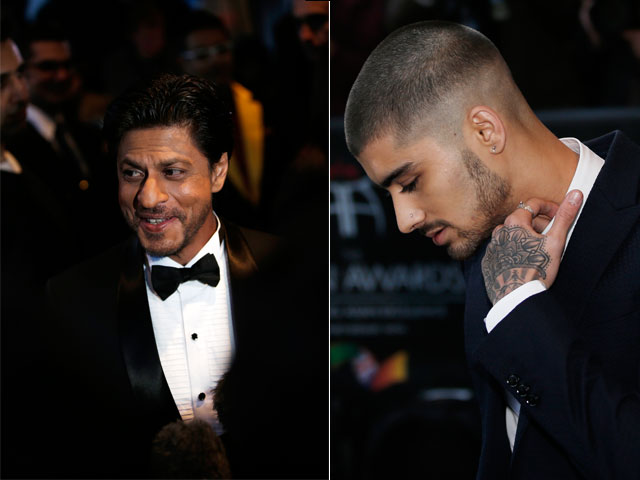 They found time for a quick selfie at the dinner held after the ceremony. SRK tweeted

SRK was also happy with the exclusive preview performance of Gurinder Chadha's upcoming West End show, Bend It Like Beckham - The Musical, adapted from the 2002 film of the same name. He tweeted