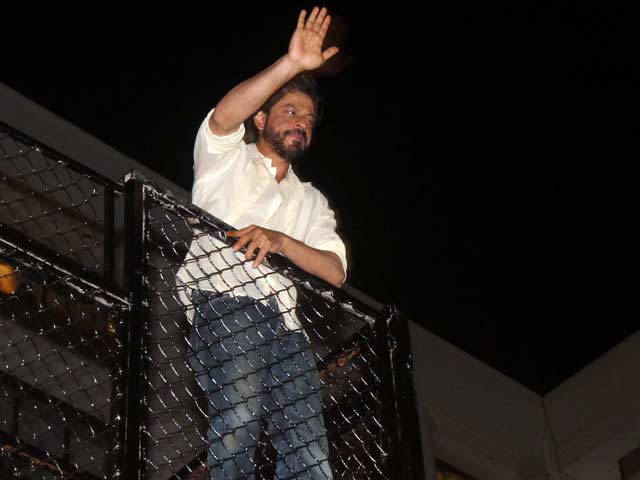 New Delhi: Shah Rukh Khan mania has gripped Twitter on the actor's 50th birthday. Fans, friends and colleagues from Bollywood have flooded social media with celebratory tweets, pictures and videos of their on screen idol. There is also high praise for the teaser of his upcoming film Fan. SRK Day and #HappyBirthdayKingKhan are the top trends as Twitter trips over itself to wish SRK on his big day. (Also Read: Happy Birthday Shah Rukh Khan: 10 Killer Lines From His Films)

SRK, who treated his fans to a glimpse from the balcony of his home in Mumbai last night, also thanked them in a tweet today morning:

It's been a few hrs & I hav received such unconditional lov & wishes for my smile, I think it's time I find new reasons 2 smile from today

Wishing my dilwala friend @iamsrk a very happy birthday and a wonderful year ahead :)

Happy birthday @iamsrk may all ur FANS hv a great day 2day. applause 4 ur vision n al at red chilies! Loved it.

A big reason for my beginning as a filmmaker..I will always be grateful...Happy 50 Bhai!!! Your golden era is legendary.. Big love @iamsrk

Happy birthday Bhai!!!!! @iamsrk.....all the love from all of us at @DharmaMoviespic.twitter.com/3ZIPWcaYaf

Was 1 of the lucky few to see the first cut of this at yrf, few days back. Was waiting since then. SRK fans delight https://t.co/TxzbEkLAD3

From a poor Delhi Boy to a 2nd Richest Actor in the world... An inspiration for millions. @iamsrk#Salute | SRK Day |

My blue check, Up collard Guy #IAmGaurav@iamsrk Im so in Love with you10;SRK Day pic.twitter.com/mRD8yHbHmo