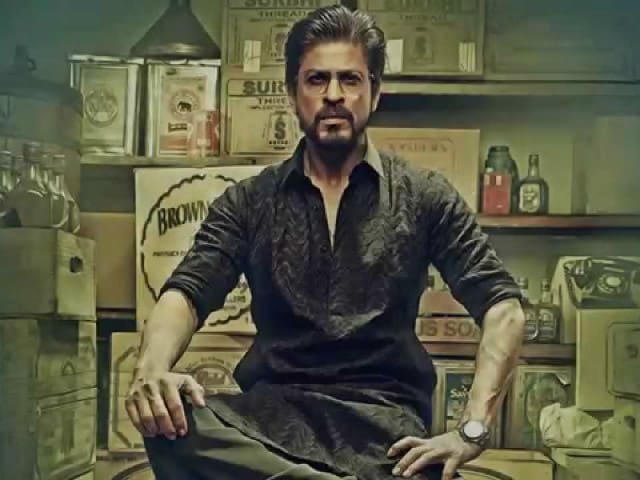 Shah Rukh Khan in a poster of Raees

New Delhi: Folks, hold your breath for Shah Rukh Khan has just released a new poster of his upcoming film Raees. We are expecting, as promised by Shah Rukh, the trailer of Raees to hit social media sometime on Wednesday. In the film, Shah Rukh Khan stars as liquor bootlegger - Raees Alam Khan - based out of Gujarat. Directed by Rahul Dholakia, Raees tracks the story of the liquor baron's journey from a smuggler to a powerful politician. Raees also stars Pakistani actress Mahira Khan and is arriving at the theatres during the Republic Day weekend. Actress Sunny Leone is also part of a special song sequence in the film. "Aaj Raees ka naya poster dekho...kal trailer dekhne ko milega," wrote Shah Rukh Khan when he tweeted the new poster.

Nawazuddin Siddiqui features as Raees' nemesis, the cop who hunts down the bootlegger.

With the rocking team!!!! #raees@rahuldholakia@iamsrk@Mdzeeshanayyub@SwatiTrivedi@KUMohanan1@manojkhatoipic.twitter.com/5i6XCB4kui

There continues to be much excitement about the trailer of the film as "#RaeesTrailerTomorrow" trended almost all of Tuesday on Twitter. Shah Rukh Khan, fans are 'insanely' waiting:

And the day, we all have been insanely waiting for, arrives tomorrow!!!!

#RaeesTrailerTomorrow Guys lets go to sleep already... may b tomorrow comes faster.. haha.. not having the patience to wait yaar..

Shah Rukh Khan stepped up to share updates about Raees:

New poster out tonight. This is my personal locket with my parents pic in it. #RaeesTrailerTomorrowpic.twitter.com/FyzEO5SOEP

Raees Trailer out in3 days. Feel the happiest when I am on Raees set. My highlite of the day.... pic.twitter.com/0Di15Tyg5V

Meanwhile, the first posters of Shah Rukh's film were released in July last year and the Internet just could not handle it:

"The man in black travels with your soul in his pocket" Stephen King. V hav both White & Black in us, choose wisely. pic.twitter.com/Excr2eW7fD

Promoted
Listen to the latest songs, only on JioSaavn.com
Shah Rukh Khan's Raees recently avoided (sort of) a box-office clash with Hrithik Roshan's Kaabil, which now has been rescheduled to hit screens on January 25. Raees is scheduled for January 26.