Shah Rukh Khan Says Dilwale vs Bajirao Mastani is 'Not Good.' Here's Why 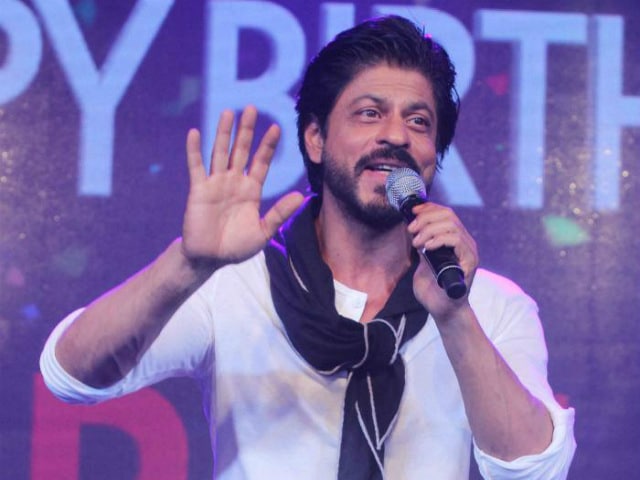 Shah Rukh Khan photographed at his birthday bash with media on November 2.

Mumbai: Shah Rukh Khan, who celebrated his 50th birthday on November 2, promised to be in high spirits always and keep entertaining his fans.

"On my birthday, I promise to be in high spirits always and keep entertaining my fans. I would like to stay humorous to my admirers," Shah Rukh, who is known for his jovial and witty nature, said at a celebratory event on his birthday.

When asked about why girls fall "madly in love" with him, he said: "The only reason women like me is because I respect them in a way that they fall in love with me. I always show graciousness to every woman I meet in my life."

The Dilwale actor spoke about his Chennai Express co-star Deepika Padukone at the event, with whom he has also co-starred in films like Om Shanti Om and Happy New Year.

Deepika's film Bajirao Mastani will clash with his Dilwale, both of which hit screens on December 18. (Also Read: Deepika Padukone 'Would Never' Ask SRK to Change Dilwale Release Date)

"I can say Deepika is a lucky charm and it's not good that both our films are coming together. But I think in this period both can do well," he said.

The actor also released the second trailer of his upcoming film Fan on his birthday, as a "return gift" for his admirers. (Also Read: On Shah Rukh's Birthday, Meet His Sabse Bada Fan Gaurav)

About the film, he said: "Fan is the most special film for me till now. Hope I have done it right. I aspire to make five radical films in my career, which I feel proud about when I show it to my children. I think Fan is one of them."

"I never thought someday I would be called 'King of Bollywood'. This industry has showered me with so much love. I have got more than double of what I had in my early phases. If tomorrow I am not remembered, it's okay, but if my work is remembered, that's enough for me," he said.

The actor is currently busy shooting for Rohit Shetty's Dilwale.

"Right now, shooting has not completed for Dilwale. After that we will be partying hard. I didn't receive any gift from my family as we believe in simple celebrations," he concluded.