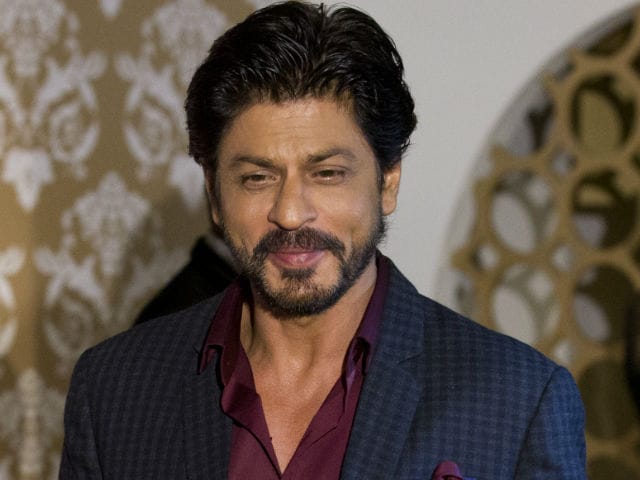 London: The Indian film industry is changing and films no longer have to have a song and dance sequence to be successful, Bollywood superstar Shah Rukh Khan said on Wednesday.

Shah Rukh, who was in London on a brief visit to promote his latest film, told Reuters in an interview that while Fan had a theme song, it did not actually feature in the movie and had been used purely for trailers.

"The younger filmmakers and everyone, they know that, you know, we don't need to just shove in a song anymore," he said.

"I don't think it's going to take away. It'll take a lot of time to take the songs out of us, but every film will have a different requirement," he said.

Bollywood films traditionally have had complex musical scores and film makers have rarely resisted the temptation to insert a song and dance sequence into a film. Some films' success rates have been dependent more on the music than the plot. (Also Read: Guess Who Suggested the Idea of Fan to Shah Rukh Khan)

SRK's latest film, which is being released globally on Friday, sees the actor playing a double role in which a lookalike fan is obsessed with a film star.

On Wednesday, the actor revealed a waxwork model dressed as the lookalike fan, Gaurav, at Madame Tussauds museum in central London. 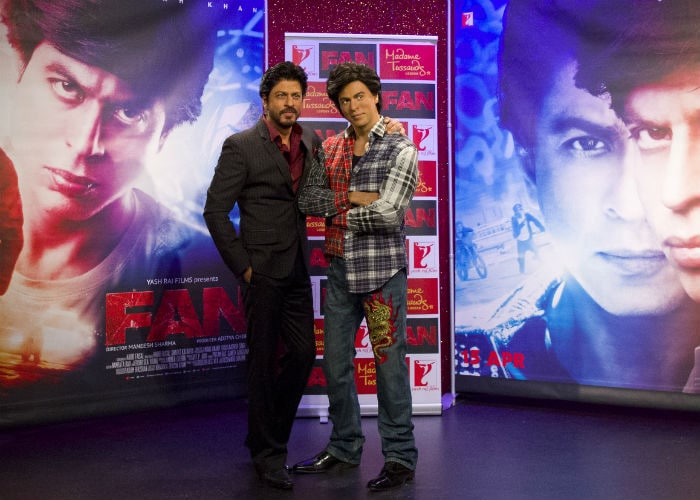 Image courtesy: AFP
When asked if he had ever met his lookalike in person, he said many fans often dressed like him.

"I'm a very common looking guy. I have a person who dresses up like me and they all wear dark glasses so they're kind of similar and they speak like me, in Kolkata. I have a boy called Prashant in Mumbai. I meet lots of lookalikes. Even on Twitter if you go, there's people who dress up. Before my eye surgery, I would confuse lots of them for my own pictures." (Also Read: Shah Rukh Khan Explains Why He's Never Been a 'Fan' of Anyone)

The 50-year-old actor said he enjoyed using social media platforms to engage with his admirers. Shah Rukh has 19 million followers on Twitter and said he reads 90 per cent of the content directed at him.

However, the actor said he had shied away from using other platforms after his daughter criticised his pictures on Instagram, saying he was using too many colour filters on his images.

Shah Rukh, who has been acting for more than two decades, is regarded as a pioneer in the industry for experimenting with using graphics and special effects in his films. The makeup for his character Gaurav was done by the same artist who created Brad Pitt's look in the 2008 film The Curious Case of Benjamin Button.

But when asked about making animation movies, he said Bollywood was at least another five to 10 years away from embracing the genre.

"It requires special writing. I think we haven't perfected that art in India. So we need writers and screenplay writers for an animation, I think from the West," he said.

"Animation in India so far has not done very well. I think we still need to crack the code," he said.