Shah Rukh Khan said: "This might have been the result of the melodrama of Bollywood plots" 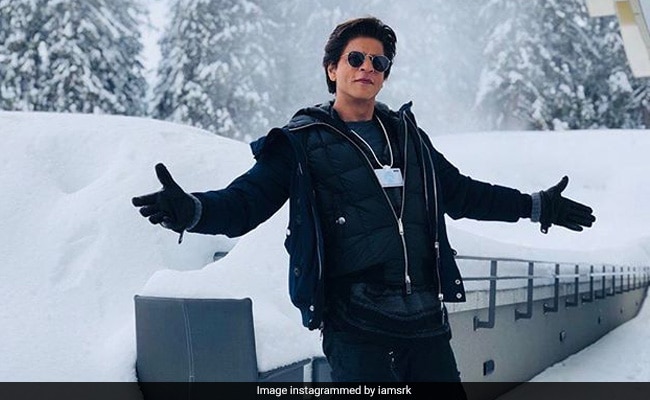 Superstar Shah Rukh Khan believes humour and entertainment are one of the most powerful tools to strengthen human bonds across various cultures, races, nationalities and religions. The 53-year-old actor, who was honoured with a doctorate in Philanthropy by The University of Law, London, on Friday, believes the reason for his popularity across the globe is the fact that what he expresses on screen is a universal emotion which everybody relates with. "One of the greatest learning for me has been to appreciate the sheer simplicity of humour and entertainment as a powerful tool for strengthening human bonds across all races, cultures, nationalities and religions. I remember meeting fans in Germany one freezing winter evening. None of them spoke a word of Hindi, they told me that they didn't even watch my films with subtitles yet they understood everything," Shah Rukh said in his acceptance speech.

Thank u for the honour #universityoflaw & my best wishes to the graduating students. It will encourage our team at @meerfoundationofficial to strive 'selfishly' to share more.

"This might have been the result of the melodrama of Bollywood plots but it was more likely just the fact that shared emotions and the simple language of their expression reaches across and binds people of all definitions. In fact, I can't emphasize enough, the importance of expression as a binding force for compassion. It is only by expressing our stories that we create the ground for our life experience to be accepted and understood," he added.

He received the merit during a graduation ceremony for more than 350 students, held at the Barbican in London.

Shah Rukh, who lends his support to the welfare of the people through his non- profit organisation, Meer Foundation, said hoarding one's success makes them insecure.

"Hoarding everything, especially the fruits of success, only leads to a narrowing of perspective, insecurity and the fear of losing power. Giving makes us alive with the possibility of others growing with us, sharing in our work and enriching our lives with their own uniquely beautiful perspectives," he said.