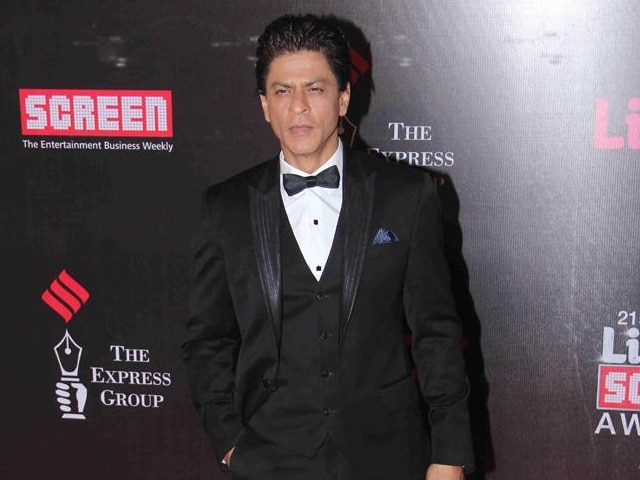 As a self-made man, SRK lives life king-size and revels in the grandest of epithets - King Khan, Badshah of Bollywood - that mirror his top dog status. He's known as much for his strong likes and dislikes as for the 100 crore blockbusters he delivers each year. His long-running feud with Salman Khan made headlines, as did the grand resolution last year. He's also had public feuds with choreographer-director Farah Khan, who he once described as a sister, and her husband, Shirish Kunder. He's been in trouble for smoking in public at a Jaipur stadium and for allegedly drunk-abusing security staff and cricket officials at Mumbai's Wankhede Stadium. He has said that he was not drunk, but upset, because a group of children he was escorting were manhandled by officials.

He's also created international headlines because twice, in 2009 and in 2012, SRK was detained by immigration authorities at US airports and allowed to leaves only after two hours of questioning. The second time, he was in the US to speak at Yale University and receive a Fellowship. He has said, famously, "It always happens when I come to America. Whenever I start feeling too arrogant about myself I take a trip to America."

SRK was born on November 2, 1965 in New Delhi. His father died when SRK was 15, and his mother died when he was 22. SRK attributes his drive and ambition to the fact that he lost his parents so young. He has one sister, Shehnaz, who lives with him at his mansion named Mannat in Mumbai. Growing up, SRK went to Delhi's St Columba's School, excelling in drama, sports and academics. He graduated from Hansraj College with a degree in Economics, attended the National School Of Drama, and briefly studied Mass Communication at Jamia Millia Islamia before dropping out to chase his celluloid dreams. While still in school, he met Gauri Chibber, who he would marry when he was just 26 years old. They have two children - son Aryan and daughter Suhana.

After quitting university, SRK studied acting with theatre personality Barry John and landed his first job playing Commando Abhimanyu Rai in TV serial Fauji (1988), a role that was to instantly mark him out as a crowd pleaser. He became a familiar face on TV, appearing in Circus (1989) and made-for-TV movie In Which Annie Gives It Those Ones, written by Arundhati Roy. Not conventionally handsome, he was compared to that other unlikely yet hugely successful hero of old, Dilip Kumar, who SRK resembles both in face and mannerisms.

In 1991, just after the death of his mother, Shah Rukh moved to Mumbai in search of a film career. Hema Malini gave him his first break in her first directorial feature, Dil Aashna Hai opposite Divya Bharti. The film was delayed and SRK ended up debuting in Deewana, again opposite Divya Bharti and the redoubtable Rishi Kapoor. His performance fetched him a Filmfare award for Best Male Debut. His next roles were unconventional: a younger man in an affair with a housewife in Maya Memsaab (infamous, still, for it's explicit scenes), a murderously vengeful son in Baazigar, and an obsessive lover in Darr and Anjaam. He juggled his anti-hero image with a lighter touch in young love comedy Kabhi Haan Kabhi Naa, and potboiler histrionics in reincarnation formula film Karan Arjun. Then, in 1995, SRK met Kajol, lost Kajol, chased Kajol across continents, and finally married Kajol in Dilwale Dulhania Le Jayenge, a film that shattered box office records and launched it's hero into the hyperspace of superstardom.

Ever since, there's been no toppling SRK from Bollywood's box office. Frequently accused of playing larger than life versions of himself on screen, SRK's appeared in a few turkeys - English Babu Desi Mem and Koyla - and in many super hits - Kuch Kuch Hota Hai and Om Shanti Om. He's been in tearjerkers - Kabhi Khushi Kabhie Gham and Devdas - and feel good money spinners - Dil To Pagal Hai and Chalte Chalte . He's been in action movies - Don and Main Hoon Na - and in movies with a message - Swades and My Name Is Khan. He's been self-indulgent - Mohabbatein and RA.One - and self-effacing - Chak De India and Paheli. Most recently, he's starred in the superhit films Happy New Year and Chennai Express. His only film for 2015, Dilwale, releases this December and he has two more - Fan and Raees - out next year. He's also been back on TV as host of game shows Kaun Banega Crorepati 3 and Kya Aap Panchvi Pass Se Tez Hain? Off screen, he owns a production house and an IPL team, the Kolkata Knight Riders.

He is praised by friends for his generosity and by his producers for his commitment.