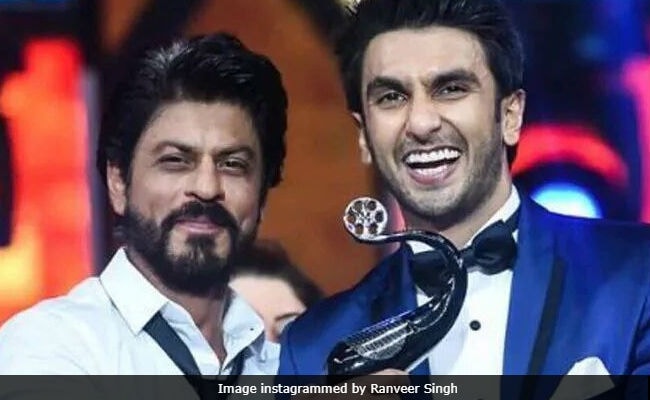 New Delhi: On Friday, Ranveer Singh plugged "Padmaavat" promotion during Shah Rukh Khan's #AskSRK session and was initially ignored by the 52-year-old actor. Hours after he ended the #AskSRK session, the Jab Harry Met Sejal actor replied to Ranveer's tweet about his new film Padmaavat. SRK's excuse for delayed reply - he didn't recognise it was Ranveer Singh. He tweeted: "So sorry didn't realise it was you, because now you are Khilji (Ranveer played Alauddin Khilji in "Padmaavat") for me. Bahut acchhi picture hai bhai... I saw it and loved it." Happy, Ranveer?
Here's Ranveer's tweet:

Hi Bhai ! anxious for you to see 'Padmaavat' ! #AskSRK

And this was SRK's reply:

So sorry didn't realise it was u, cos now u r Khilji for me. Bahut acchhi picture hai bhai..I saw it and loved it. https://t.co/9coSNSAmNq

During the #AskSRK session, Shah Rukh also told a fan that he's seen "Padmaavat" and he found it "very, very good."

Have you seen Padmaavat? How did you like the movie? #AskSRK

Earlier today, Shah Rukh Khan decided to interact with his fans on Twitter on "one of those rare days" when he was "free at home and family is working," he tweeted. Naturally, Shah Rukh Khan was flooded with questions about his upcoming film Zero, the ongoing U19 world cup and also some puzzles. He was funny, as always, during the interaction. Here are few examples:

Both joined to my body... https://t.co/XwPLuUR3Dz