Anushka Sharma posted a photo of Shah Rukh Khan's vanity van and he replied: "I am going to report her for stalking me" 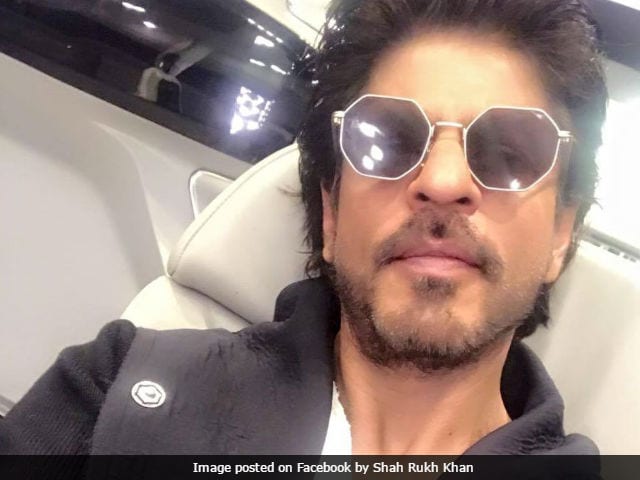 New Delhi: Superstar Shah Rukh Khan has a 'stalker,' and it is Anushka Sharma, his co-star of Imitiaz Ali's upcoming film. The Rab Ne Bana Di Jodi co-stars' latest Instagram conversation will make you ROFL. On Monday, Anushka Sharma posted a picture in which she's pointing towards a vanity van (which she identified as Shah Rukh's) and wrote: "I spot SRKs vanity van at YRF studio aaaahah! (sic)" Shah Rukh Khan reposted Anushka's picture and added to the caption: "I am going to report her for stalking me!!! (sic)" Take a look at Shah Rukh Khan and Anushka Sharma's 'Insta-exchange' here:

I am going to report her for stalking me!!! #Repost @anushkasharma (@get_repost) I spot SRKs vanity van at yrf studio aaaahah!

Promoted
Listen to the latest songs, only on JioSaavn.com
Shah Rukh Khan and Anushka Sharma's film with Imtiaz Ali doesn't have an official title although there were reports suggesting the film was first called The Ring and later Rehnuma. But Imtiaz Ali denied the reports. The film, scheduled to release in August this year, has mostly been shot in Budapest and Prague. Last month, Shah Rukh and Anushka were spotted shooting for the film in Punjab and later Anushka and Imitiaz Ali filmed in Mumbai. A lot has been written about Shah Rukh, Anushka and Imtiaz's film but none of the rumours about the film's plot have been confirmed or denied.

Shah Rukh and Anushka have co-starred in two films - Rab Ne Bana Di Jodi and Jab Tak Hai Jaan - before this. SRK also had a cameo in Anushka's Ae Dil hai Mushkil, though they did not have scenes together. Shah Rukh Khan, last seen in Rahul Dholakia's Raees, has also signed up for Aanand L Rai's upcoming film in which he plays the role of a dwarf. Anushka's last film was her own, Phillauri in which she played the role of a ghost bride. Anushka's upcoming film is Sanjay Dutt's biopic in which she plays the role of a reporter.