Shah Rukh, Aamir Khan May Finally Be Teaming Up - And Not For A Selfie 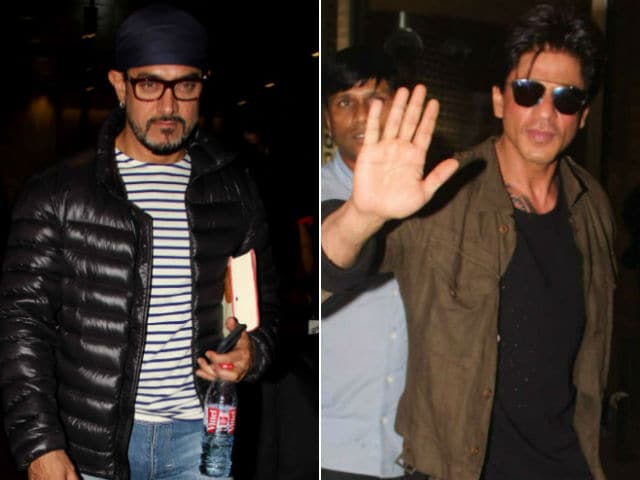 New Delhi: Superstars Shah Rukh and Aamir Khan are all set to share the screen space for the first time. The duo is likely to come together for a television commercial, reports dnaindia . "Shah Rukh and Aamir will be part of the Nayi Soch campaign. The promo with Aamir, playing a Sardaarji is out and gaining rave reviews. It's a beautiful campaign. Now, as we all know, SRK will be hosting the Indian version of TED Talks: Nayi Soch," a source told dnaindia . Star Plus' new TVC around their Nayi Soch campaign features Aamir Khan highlighting gender equality. Aamir and Shah Rukh Khan have been a part of the film industry for over two decades and the Baazigar actor recently shared their first selfie together, captioned: "Known each other for 25 years and this is the first picture we have taken together of ourselves. Was a fun night(sic)."

Known each other for 25 years and this is the first picture we have taken together of ourselves. Was a fun night.

Promoted
Listen to the latest songs, only on JioSaavn.com
Shah Rukh Khan was last seen in Rahul Dholakia's film Raees co-starring Mahira Khan and Nawazuddin Siddiqui. The 51-year-old actor portrayed the role of a bootlegger in the film. He is currently shooting for Imtiaz Ali's untitled venture along with Anushka Sharma. He is also committed to feature in Anand L Rai's next project.

Meanwhile, Aamir Khan was last seen in 2016 movie Dangal, directed by Nitesh Tiwari. The Taare Zameen Par actor had portrayed the role of Mahavir Singh Phogat, father of wrestlers, Geeta and Babita. Aamir Khan will next feature in Secret Superstar, directed by Advait Chandan and co-produced by the actor and his wife, Kiran Rao. The film is scheduled for release on August 4.