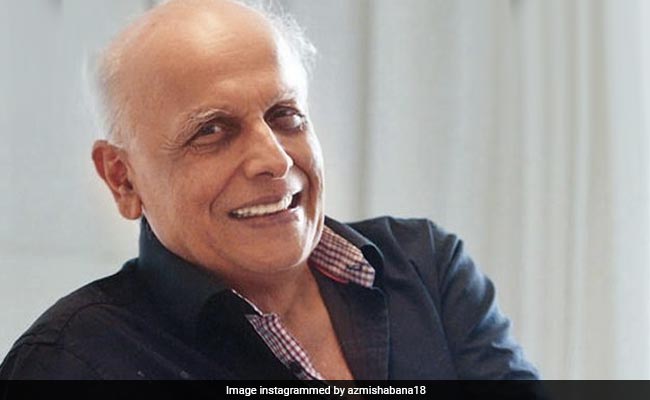 Veteran actress Shabana Azmi has always had a way with words. And, we saw this flair for writing when she penned a heartfelt note on the occasion of her friend Mahesh Bhatt's birthday. Sharing a picture of the director-producer on his 73rd birthday, Shabana took a walk down memory lane in the caption. Calling the filmmaker a “dear friend”, Shabana Azmi wrote, “Salgirah mubarak (Happy birthday) my dearest Mahesh Bhatt. You gave me Arth and wrenched a performance out of me that I didn't know I was capable of.” Arth was one of the most successful films of the director, earning rave reviews for Shabana Azmi as well.

Speaking about their common interests, Shabana Azmi wrote, “You introduced me to J Krishnamurti and Bob Dylan. We spent hours discussing different books we had read. We loved Begum Akhtar. All this and much more…Whether we meet up or not you will always be an integral part of my life. Thank you dear one.”

Interestingly, Shabana Azmi celebrated her birthday just two days ago, on 18 September, in the company of loved ones. She gave her social media followers a sneak peek into her celebration by posting a photo of her birthday cake. The theme of the cake was based on her latest web series The Empire. “The cake has been gobbled up but till now nobody has had the heart to eat my figurine,” she said. Shabana Azmi added that the figurine even had a mole on the nose and the chin, like her character Aisan Daulat Begum in The Empire.

A few weeks ago, Shabana Azmi also shared a throwback picture with Smita Patil, her co-star from Arth. They were accompanied by Soni Razdan in the image. “Still from Mandi. Look at how closely Alia Bhatt resembles her mother Soni Razdan,” she wrote, sharing the image.

In addition to Arth, Shabana Azmi and Mahesh Bhatt have worked together in films such as Vishwasghaat (1977) and Lahu Ke Do Rang. Mahesh Bhatt last directed the 2020 film Sadak 2 with Sanjay Dutt, Alia Bhatt, and Aditya Roy Kapur. Shabana Azmi was last seen in The Empire with Dino Morea, Kunal Kapoor and Drashti Dhami.