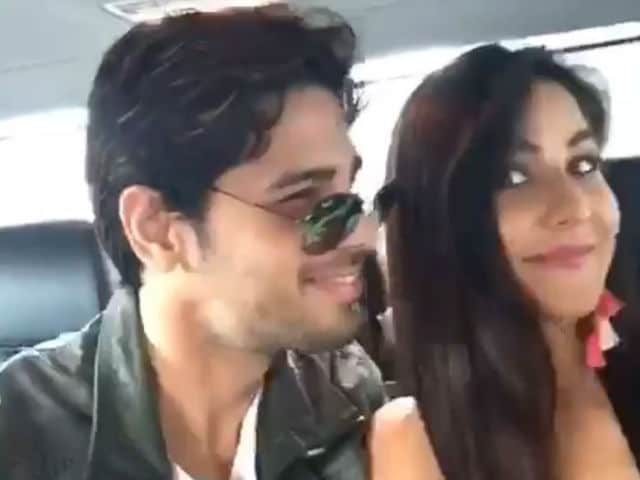 Katrina and Sidharth in a still from the Dubsmash video.

New Delhi: Dubsmash is still in fashion apparently, and still a top celebrity pick when they are on publicity duty. Like here, when actors Katrina Kaif and Sidharth Malhotra Dubsmashed the song that gave their new film Baar Baar Dekho its title.

The actors are promoting their movie around the country and have already done Ahmedabad and Jaipur. They're obviously spending lengths of time in a car and this is the result, available on Sidharth's Instagram.

Presenting Katrina Kaif and Sidharth Malhotra's version of the chorus of Mohammed Rafi's hit song from the 1962 film China Town.

Katrina and Sidharth's Baar Baar Dekho will release on September 9 and the actors were spotted dancing to Kala Chashma at a Jaipur metro station with a flashmob.

Promoted
Listen to the latest songs, only on JioSaavn.com
In Jaipur, they did this too: