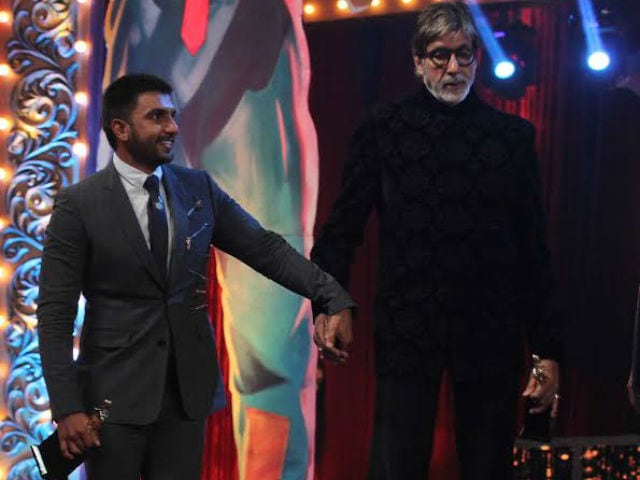 Ranveer Singh and Big B photographed at the Star Screen Awards in Mumbai.

Mumbai: Actor Amitabh Bachchan shared the Best Actor award (male) with Ranveer Singh at the Star Screen Awards 2016, which were held in Mumbai on January 8.

Big B received the award for Piku while Ranveer was adjudged as the best actor for his spectacular work in Bajirao Mastani.

The award for the Best Actor in the female category went to Deepika Padukone for her stunning performance in Piku.

Meanwhile, the Popular Choice award in the male and female categories went to Shah Rukh Khan for Dilwale, and Deepika for Bajirao Mastani respectively.