Saurabh Shukla On Working With Ajay Devgn, Ranbir Kapoor: 'They Made Me Shine'

"I have worked with best actors," said Saurabh Shukla 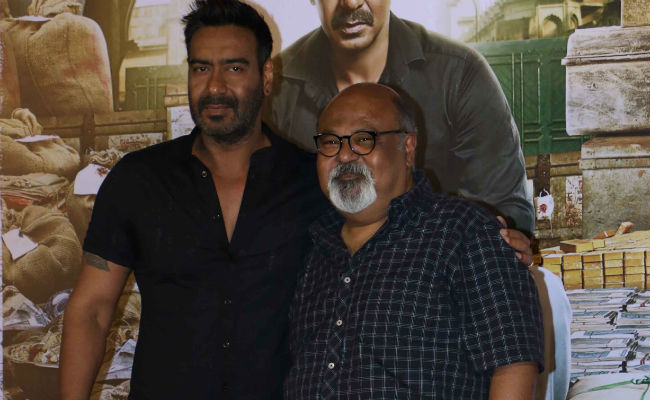 New Delhi: Actor Saurabh Shukla, best known for his role in films like Satya, Jolly LLB, Nayak and Dasvidaniya, said that working with actors like Ajay Devgn, and Ranbir Kapoor has helped him 'shine,' reported news agency IANS. He told IANS, "I am always in tune with my co-stars because they bring out the best in me. I think I have been very lucky that I have had some wonderful co-actors, whether it is in Jolly LLB, Jolly LLB 2, Barfi!, PK and recently Raid. I have worked with best actors. They made me shine." The 55-year-old actor has been praised for essaying the role of a corrupt politician in the recently released film Raid. The film is headlined by Ajay Devgn.

In Raid, Ajay Devgn plays the role of an honest Income Tax official, who conducts a raid at politician Saurabh Shukla's residence. The latter insults him and threatens of dire consequences.

Talking about the experience of working with Ajay Devgn, he told IANS that he got to know Ajay as a human being and not just an actor. "During the shooting of Raid, I spent around 60 days with him. It helped me to know him as a human being and so, the understanding between two actors always translates into performance," IANs quoted him as saying. He also added, "Ajay is a very quiet man. He does not open up easily but on set, he interacts with his co-actors a lot. Not only on camera but also off the camera."

Of working with Ranbir Kapoor, he said that the actor makes the shooting experience special, reported IANS. Saurabh Shukla and Ranbir Kapoor have worked together in films like Barfi! and Jagga Jasoos.

Saurabh Shukla, who started his career with Shekhar Kapur's Bandit Queen in 1994, had won the National Film Award for Best Supporting Actor for the film Jolly LLB in 2013.

Promoted
Listen to the latest songs, only on JioSaavn.com
The Raj Kumar Gupta-directed film Raid was released on March 16 and also stars Ileana D'Cruz. The film has collected Rs 23 crore, at last count.