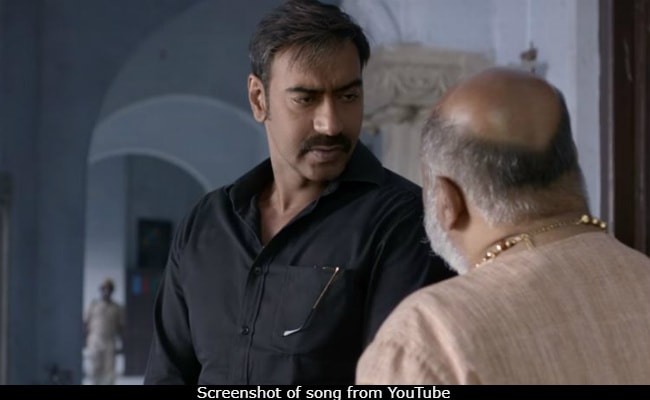 Ajay Devgn in a still from Raid (courtesy YouTube)

New Delhi: Ajay Devgn's much awaited film Raid releases tomorrow. Directed by Raj Kumar Gupta, Raid is based on the true story of the longest Income Tax raid in the history of India. Ajay Devgn plays the role of Amay Patnaik - a Deputy Commissioner of Income Tax of Lucknow - who hunted down a corrupt politician to procure some Rs 420 crores worth of valuables from his residence. The role of Rameshwar Rajaji Singh is played by Saurabh Shukla while Ileana D'Cruz plays the imaandaar officer's wife. Sharing a video on Instagram, Ajay Devgn wrote: "Kal padegi RAID aur niklega poora kaala dhan. Book your tickets now."

The longest raid in Indian history is said to have lasted 18 hours and from the songs and videos released by the film's team so far, it appears that Ajay Devgn's movie is indeed going to transport us to 1981, when the incident happened in Lucknow. Speaking to IANS in an interview, Ajay Devgn said: "When you see the film, you will come to know what kind of preparation and planning goes before a raid. So, all that you hear about income tax raids is very simple and very easy, but it's not an easy thing to do."

Raid also stars South actress Gayathri Iyer, who told IANS: "I'm glad my debut is with a non-glam and realistic role." About working with Ajay, she said: "I know Ajay sir is a very good actor and a big star but what really struck me was how he is completely apolitical."

Promoted
Listen to the latest songs, only on JioSaavn.com
Raid will be Ajay Devgn's first movie after last year's Golmaal Again.