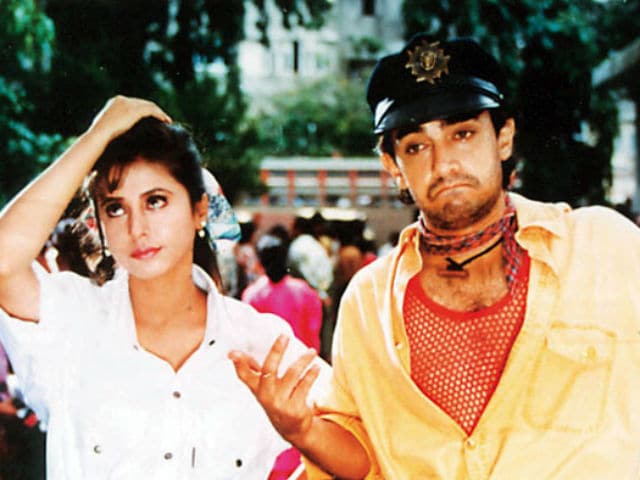 A still from Rangeela

New Delhi: Ram Gopal Varma, who is currently awaiting the release of his film Sarkar 3, told news agency IANS that there will be no sequel of his 1995 super hit movie Rangeela. The film featured Aamir Khan, Urmila Matondkar and Jackie Shroff in lead roles. It was also AR Rahman's debut Hindi film with an original score and soundtrack. At the trailer launch of his film, the 54-year-old filmmaker refuted the reports of making Rangeela 2, he told IANS: "No that isn't true." The film had received critical acclaim and was also remade in Hollywood as Win a Date with Tad Hamilton!.

Speaking about Sarkar 3, director Ram Gopal Varma told IANS: "A person takes up the law because he believes that he is doing it for the oppressed people though it is illegal in the eyes of the system. But in the eyes of the audience, it is the righteous thing because they connect with the emotion that's why Sarkar becomes more powerful as a leader."

He added: "Sarkar 3 is full of grey characters. There is no such hero or heroine or a villain as such. All of them strongly believe in their own convictions."

Promoted
Listen to the latest songs, only on JioSaavn.com
Ram Gopal Varma's last directorial venture was the 2016 movie Veerappan.The film was based on the real-life Indian bandit Veerappan.