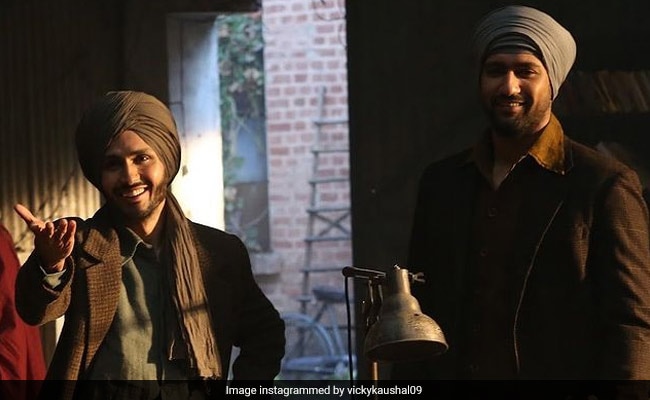 The makers of Sardar Udham, after the release of the film's trailer, shared a glimpse of another character from the film - Shaheed Bhagat Singh, which will be played by actor Amol Parashar. Vicky Kaushal, who plays the titular role in the Shoojit Sircar-directed film, shared the poster featuring Amol Parashar and he wrote in his caption: "My guru, my friend, my brother... Mera Bhagatya! Presenting Amol Parashar as Shaheed Bhagat Singh. Glad we played this friendship Amol." In the comments section, the actor replied, "Mere bhai, mere bhai, mere bhai. What a privilege to play this character, to share screen space with you and playing off your brilliant talent and energy! Some of the best days of my work life. Big, big jhappi mere Udham! Tu revolutionary hai re."

Check out the poster shared by Vicky Kaushal here:

In the film, Vicky Kaushal will be seen as Udham Singh, who assassinated Michael O' Dwyer, former lieutenant governor of Punjab, in revenge for the Jallianwala Bagh massacre in Amritsar in 1919. Udham Singh was tried and convicted of murder and hanged in July 1940.

Vicky Kaushal summed up his journey of shooting for the film and he wrote in an Instagram post earlier:  "Portraying a character is one thing. But understanding the way they viewed the world, reliving their emotions is another. I don't know how much closer I will get to what went inside your head and heart. But I do know that with every scene that I play you, something inside me alters forever," he wrote.