Sardar Udham Trailer: "This is the story of a revolutionary," wrote Vicky Kaushal 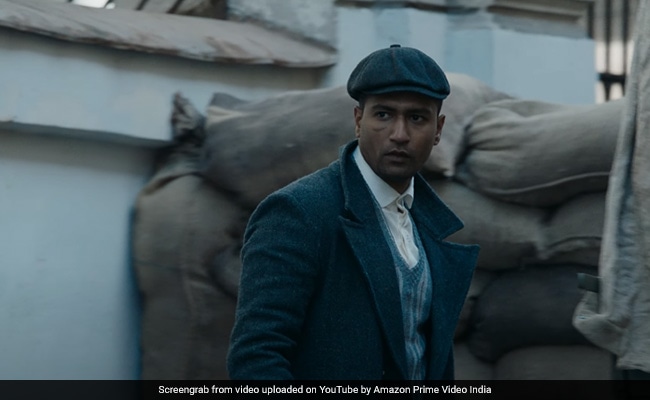 Vicky Kaushal in a still from the trailer. (courtesy: YouTube)

Sardar Udham Singh's journey was anything but ordinary and Vicky Kaushal, in a Shoojit Sircar-directed film Sardar Udham, brings his journey to life. Vicky Kaushal, who plays the titular role in the film, showcases the journey of a man extraordinaire. The trailer touches upon Udham Singh's life in London, his way to the mission, the unhealed wound that he carried for 21 years, meeting his goal and sacrificing his life. Vicky Kaushal is seen as Udham Singh, who assassinated Michael O' Dwyer, former lieutenant governor of Punjab, in revenge for the Jallianwala Bagh massacre in Amritsar in 1919. Udham Singh was tried and convicted of murder and hanged in July 1940.

Vicky Kaushal, who announced his association with the project in 2019, in an Instagram post earlier, revealed what the project means to him and the impact it had on him as an actor. "Portraying a character is one thing. But understanding the way they viewed the world, reliving their emotions is another. I don't know how much closer I will get to what went inside your head and heart. But I do know that with every scene that I play you, something inside me alters forever," he wrote.