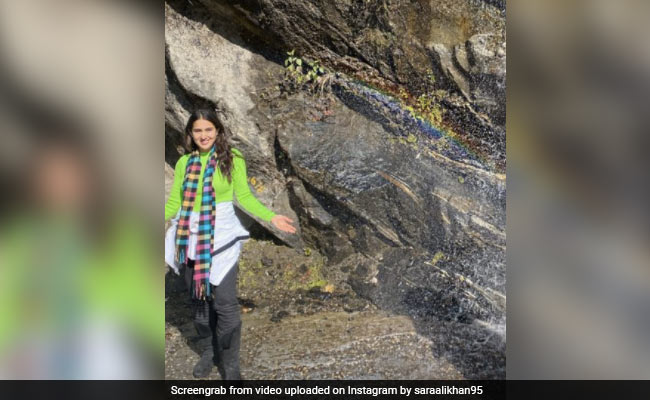 Sara Ali Khan has always been the epitome of positivity. The actress' love for life and her work is also reflected in her social media posts that are an extension of her personality. Now, adding some colour and warmth to our weekend, Sara has shared a photo that is lovely and cheery all at once. In the image taken in the Himalayas, the actress is seen posing in front of what appears to be a rock structure. Dressed in a green jacket and colourful scarf, Sara Ali Khan puts the rainbow to shame. And, in her caption, she even goes on to say, “Be your own rainbow.”

Take a look at the image here: 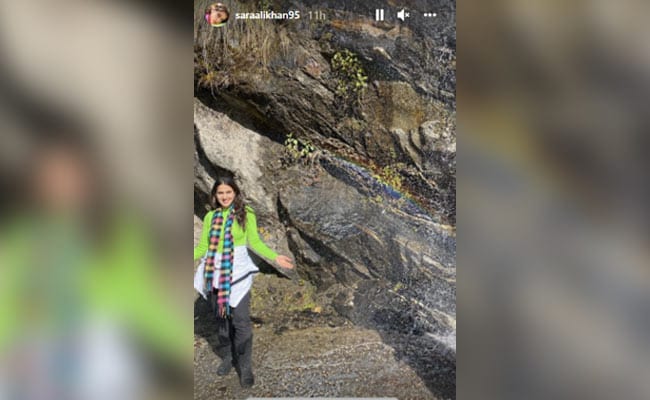 In another video, which we think is inspired by the rainbow again, Sara Ali Khan dressed in colourful outfits is seen dancing to the song, Lover by Diljit Dosanjh. Sharing the Reels, the actress said, “Lover. P.S I know I'm late to the party,” adding the hashtags “Dancing Wale Feels” and “Sara ka Sara Reels”.

Sara Ali Khan is not alone in loving the new song by Diljit Dosanjh. Previously, Deepika Padukone and Alia Bhatt have confessed their love for the peppy track and we even saw Kiara Advani and Varun Dhawan groove to the number in their vanity van.

Recently, on the occasion of Diwali, Sara Ali Khan posted a special video of herself in festive looks to wish her fans. But in the same clip, she also added a montage of herself working out reminding fans to exercise after the festive binge. Sharing the clip, Sara Ali Khan wrote, “Happy Happy Diwali.  Wishing everyone lots of love, light, laughter, abundance, health, wealth and mithai. P.S don't forget to sweat out those Diwali treats.”

Sara Ali Khan is the daughter of actors Saif Ali Khan and Amrita Singh. Veteran actor Sharmila Tagore and late cricketer Mansoor Ali Khan Pataudi are her grandparents. She made her acting debut in the film Kedarnath in 2018.