"Sky above, sand below, sea around, go with the flow," wrote Sara Ali Khan 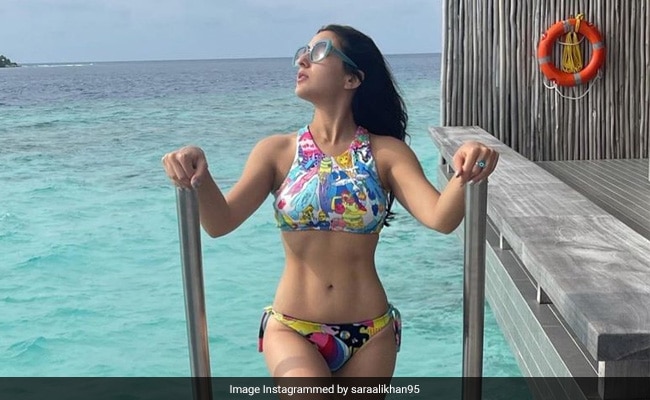 Stunning can't even begin to describe Sara Ali Khan's latest set of pictures. On Saturday, the 26-year-old actress posted a few pictures from Maldives and they are picture-perfect. In the photos, the actress can be seen dressed in printed swimwear and she looks gorgeous as ever. The pictures happen to be from Sara's pool time in Maldives, with her friends by her side. Sara Ali Khan channeled her inner poetess and wrote a caption that read, "Sky above, sand below, sea around, go with the flow." The actress' Instafam filled up the comments section of her post with fire and heart emojis and it is easy to see why.

Take a look at the pictures shared by Sara Ali Khan here:

Sara Ali Khan loves to travel. The actress frequently travels with actresses, who are now her travel buddies. Among them, Janhvi Kapoor and Radhika Madan.