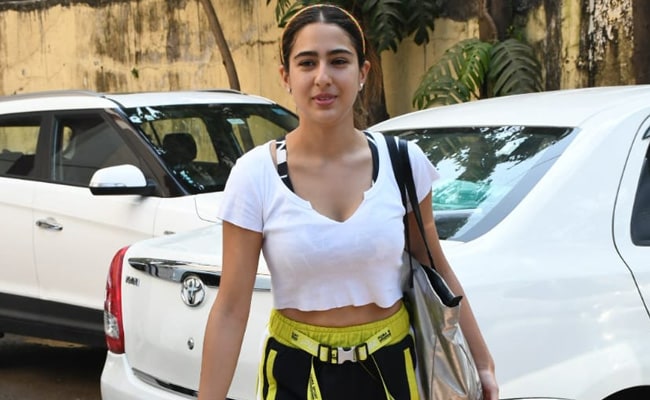 Sara Ali Khan, who frequently greets the paparazzi with a bright smile outside her Pilates class, was doing just that on Thursday afternoon when she was kissed by one of her fans on the hand. The 24-year-old actress, who stepped out for a photo-op with her fans was shocked after the incident took place. Sara, who was reasonably upset with the fan's behavior, moved away from him. However, a security personnel intervened and brushed the fan away. The video has incessantly been shared by several paparazzi pages on Instagram.

This is no first time that fans have crossed their limits, a fan kisses @saraalikhan95 's hands as she comes out of her Pilate class #Saraalikhan #pilateslovers #pilates #instagood #instagram #bollywood #fans #paparazzi #varinderchawla

Sara Ali Khan, who was busy holidaying in Maldives with her brother Ibrahim Ali Khan and her mother Amrita Singh, returned to Mumbai earlier this week. The actress had been sharing pictures from her getaway on Instagram, for which she trended big time.

If I could sail back to the Maldives.. #backtoreality : @munkoali

On Monday, Sara shared a video on her Instagram profile, in which she could be seen swimming in the deep blue waters of Maldives, "Japlari... Mai Chali," she captioned the post. Check out the post here:

On the work front, Sara Ali Khan will next be seen In David Dhawan's Coolie No 1 remake, co-starring Varun Dhawan. She also has the remake of Love Aaj Kal in the pipeline. The film will be directed by Imtiaz Ali and it will feature Kartik Aaryan and Randeep Hooda.