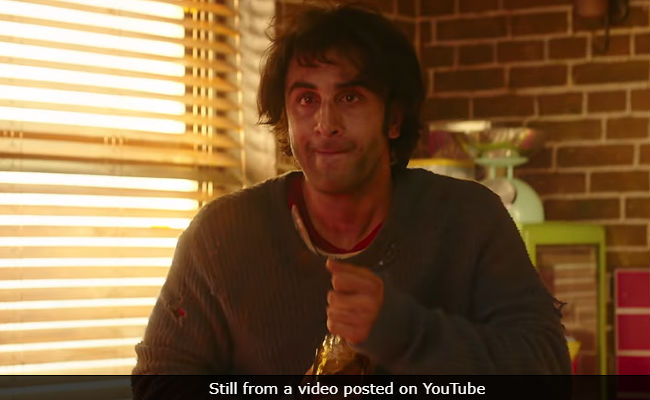 Ranbir Kapoor's Sanju will finally arrive in theatres with minor roadblocks (more about that later) tomorrow. The Rajkumar Hirani-directed film has featured in headlines from the time of its inception. The embattled life of actor Sanjay Dutt brought to the silver screen through Ranbir Kapoor - what's not to like? The film chronicles Sanjay Dutt's life from his early days in Bollywood - before the release of his debut film Rocky - till present day. As per the filmmakers, the story of Sanju encompases sis important chapters of his life, including his battle with drug addiction, imprisonment in connection with the Bombay Blasts Case and his relationship with his parents, actor Sunil Dutt and Nargis.

Based on the film's promotional material, the audience, industry insiders and Sanjay and his family members have appreciated the efforts Ranbir Kapoor had put in to transform into the Khalnayak actor. However, Salman Khan did say during a media interaction that Sanjay Dutt should have played himself in the latter part of the biopic. Ranbir Kapoor and Rajkumar Hirani thought otherwise.

Sanju hardly faced any hurdles with the Central Board Of Film Certification but there were roadblocks. A few weeks ago, an activist lodged a complaint against the film with the CBFC for the toilet leakage scene, which he said "will make a bad impression about jails authorities of India." The CBFC asked the filmmakers to delete the scene for "aesthetic purposes" and the scene has been omitted from the final cut.

Promoted
Listen to the latest songs, only on JioSaavn.com
Meanwhile, on Wednesday, a complaint was filed against Ranbir Kapoor and Anushka Sharma (who features as a biographer in the film) for allegedly making derogatory remarks against sex workers in a dialogue in the film.