"The problems are at an initial stage and they have been piling up over the time," revealed a source 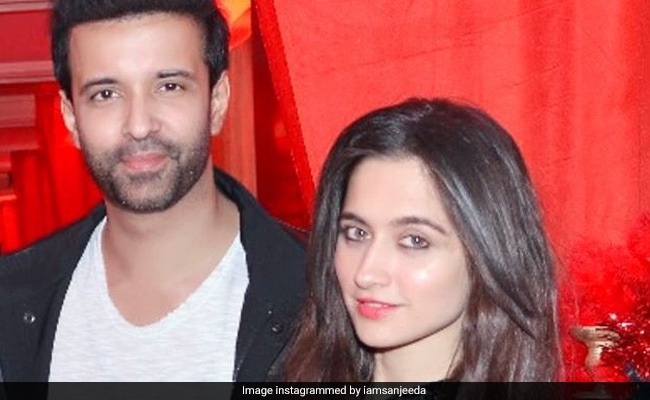 Television couple Sanjeeda Shaikh and Aamir Ali are reportedly headed for separation. A Spotboye report states that Sanjeeda and Aamir have been living separately for quite some time. Sanjeeda Shaikh, best known for her role in Ek Hasina Thi, married Kya Dill Mein Hai co-star Aamir Ali in 2012 after dating for over seven years. However, the report in Spotboye states that the couple are "having issues" with their marriage and are not "staying together" for some time. A source told the publication: "Sanjeeda and Aamir are not staying together since sometime. They are having issues. The problems are at an initial stage and they have been piling up over the time." The source then referred to Sanjeeda Shaikh and Aamir Ali's loved-up social media posts for each other (more on that later) and said: "Also, life on social media is far from reality."

However, when Spotboye asked Aamir Ali for his response to the reports, the actor simply said: "I don't know what you are talking about." Sanjeeda is yet to respond to the reports.

Things appeared well between Sanjeeda and Aamir a couple of months ago. The actress even posted a sweet birthday wish for him on Instagram. Aamir too, wished Sanjeeda on her birthday in December in a really adorable way.

@aamirali my wish for you is that you continue to love lifeand never stop dreaming ..i love u HAPPY BIRTHDAY

Happy bday love.. Ull always be a part of me n in my heart always.. stay happy n blessed.. #happybirthday

Sanjeeda Shaikh and Aamir Ali have co-starred in the 2007 TV show Kya Dill Mein Hai. The couple also participated in the popular dance reality show Nach Baliye in the year 2007. Sanjeeda was last seen in the 2018 film Nawabzaade while Aamir's last show was Navrangi Re!.