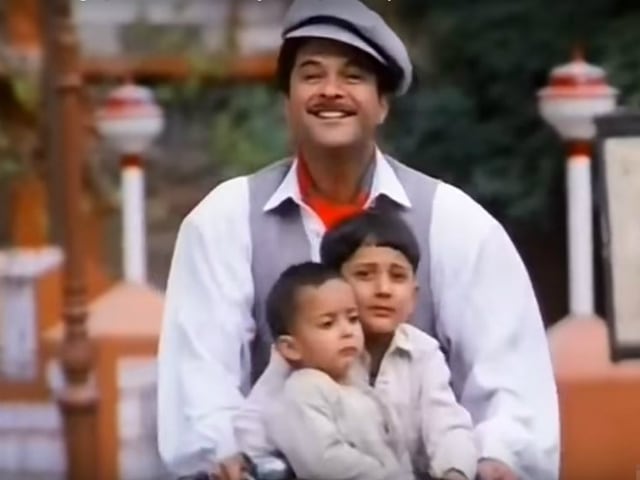 New Delhi: Filmmaker Sanjay Leela Bhansali and legendary composer R D Burman began trending on Wednesday morning, after the National Award-winning director revealed that Pancham Da composed a song from 1942 A Love Story in his presence, reported PTI. RD BurMania, a biography of the late music maestro authored by Chaitanya Padukone, releases today and includes a section which documents a snippet of Sanjay Leela Bhansali's experience with R D Burman. The song in question was directed by Mr Bhansali and is Ek Ladki Ko Dekha from the 1994 film. "It just came to him," said the Bajirao Mastani director. Helmed by Vidhu Vinod Chopra, the romance drama had music by Pancham da with lyrics from Javed Akhtar. Kumar Sanu brought the beautiful composition to life and it fetched him Filmfare Award for Best Male Playback Singe award. Ek Ladki Ko Dekha also won the Filmfare Award for Best Lyricist and the Screen Award for Best Male Playback.

The prologue of R D Burman's biography mentions Mr Bhansali as saying: "It must have taken Pancham da hardly 15 minutes to compose that entire masterpiece song along with the musical interludes. With his glorious flow of talent, he did not have to make any effort, it just came to him," reported PTI.

Mr Bhansali also elaborates in his account that his meeting with Pancham da can only be described as 'precious:' "Seeing Pancham da sitting right in front of me, and the 'sitting' was one of the most precious moments of my career in showbiz. As a young boy, I would refuse to have my dinner at my rich cousin's house, unless I heard that R D Burman track Jab Andhera Hotaa Hai," reported PTI.

The Ram Leela director also said that he had the music-maestro in mind when he composed for Bajirao Mastani. "While scoring music for my home production Bajirao Mastani I would subconsciously keep thinking, what if R D Burman had done it, how would he execute it, how would I achieve the 'Pancham-wala' levels of perfection," PTI quoted Mr Bhansali as saying.

The book has also been hailed as "well deserved" by Bollywood big-wigs like Amitabh Bachchan. R D Burman has composed for a number of Big B's films from the 'seventies, some of which are Sholay, Deewaar, Namak Haraam and Manzil. The book launch was scheduled for Wednesday to commemorate the 23rd death anniversary of the composer.