Sanjay Khan Feels This Actor Should Headline His Biopic, If Ever Made

The Best Mistakes of My Life, Sanjay Khan's autobiography, will have a grand pre-Diwali launch on Sunday 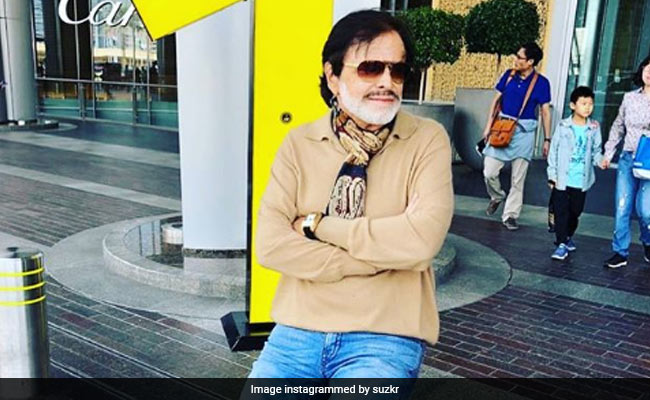 Sanjay Khan is excited about unveiling his autobiography, The Best Mistakes Of My Life, which will take the readers to his world of films, family, his near-death accident and more. The veteran Bollywood actor says it will make a great book for movie adaptation.

The book will have a grand pre-Diwali launch on Sunday here.

"I received a call from Penguin (Penguin Random House India) and was requested to write my autobiography. That moment, I had silence in my mind and then suddenly, memories hit me. I agreed to do the book and that's how I started," Sanjay Khan, also a director and producer, told IANS in an interview.

Writing an autobiography is not an easy job, he shared.

"Facts speak, but they don't tell the whole story.... What I found in the course of telling my autobiography was that in addition to being a medium of sharing the facts and story, the act of writing itself was a process of self discovery," said the actor in his 70s.

"The Best Mistakes of My Life - isn't it an intriguing title?" he asked.

"You cannot read and understand the best mistakes of my life in a mundane manner. I have put experiences of my life and narrated certain sections which comes in 18th chapter of my book. It explains the title and gives full satisfaction to the reader. It's metaphorical," he said.

Sanjay Khan shared that he has mentioned all his heroines, including the late actress Nanda with whom he featured in films Woh Din Yaad Karo, Beti and Abhilasha.

His friends from the industry have also found a place in his book.

"I have written about my dear friends like Raj Kapoor, Dharmendra, Sanjeev Kumar and Sunil Dutt," said the Dosti actor.

Recalling the time when he decided to enter filmdom, the brother of late actor-filmmaker Feroz Khan said: "I was 11 years old when I saw a film called Awaara. It was by Raj Kapoor."

He was so impressed with the film's direction and narration that he decided to take up acting as his career. He made his Bollywood debut in 1964.

"My father was strictly against us (he and his siblings) watching films. He thought it was bad influence. I came and did films. It was my own ambition and a need to express myself. I was destined to join the film industry. I worked hard for it and I achieved my goals," he said.

Any plans to adapt it to a movie?

"It has a wonderful material. There's so much more that I have which I haven't included in my book. It will make a great biopic," he said.

"Let's see the reaction of people to the book. If I make it (biopic) at all, I will definitely make it with my son (actor Zayed Khan)," added Sanjay Khan, who was once considered one of the most handsome men in Bollywood.

For now, he is thrilled with the way the book has come out.

"I had gone into my past and relived all those glorious times," said Sanjay Khan, who last faced the camera for the historical fiction TV series The Sword of Tipu Sultan. It ended in a disaster as a major fire accident took place on the show's set in 1989 and he survived near fatal burns.

Getting nostalgic, he also shared: "I remember producers rushing to me to sign me up as the leading man in as many as 100 films."

But as an actor, he was very choosy.

"I completed acting in about 50 films. I couldn't do the rest because my life had become miserable. I was doing three shifts in a day. I used to grab some sleep on sets. It was very tough.

"I couldn't see my children. I would see them sleeping in the morning or night. So, I became my own producer and director. I changed the course of my life," he said.

The father of four children - Farah, Simone, Sussanne and Zayed - said he owed it to his family.

"Family is everything to a man. It's his responsibility to nurture them (family members), love them, protect them. As a man, husband and father, I have done my duty.

"My children have received good education. They have learnt to be generous and kind."

(Except for the headline, this story has not been edited by NDTV staff and is published from a syndicated feed.)
Comments
Sanjay Khan autobiographyThe Best Mistakes of My Life