Sanjay Dutt Will Soon Speak About The Difficult 'Road to Freedom' 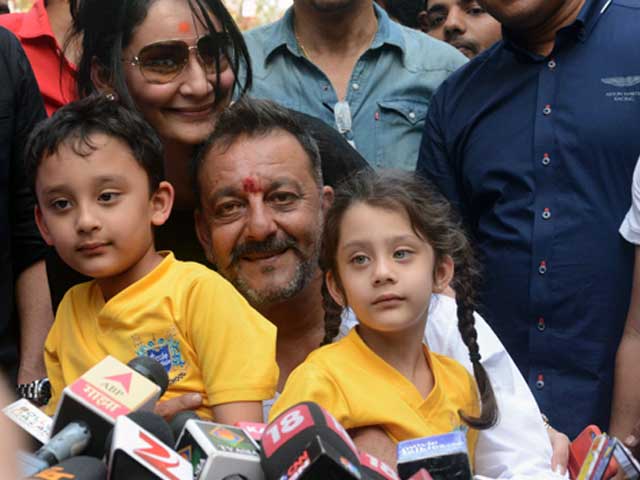 Mumbai: Bollywood actor Sanjay Dutt, who recently walked out of jail after completing his sentence in an arms case related to the 1993 Mumbai blasts, will open up about his experiences about the 'hard road to freedom' at the India Today Conclave 2016 here later this week.

"The conclave will welcome Sanjay Dutt to his first official appearance in almost three years, where he will give a hard hitting narrative on the topic 'Resurrection and Redemption - the hard road to freedom'," the organisers said in a statement issued on Tuesday.

The Munna Bhai M.B.B.S. actor, who had addressed the media soon after he was released from jail, is likely to disclose a lot more about his ordeal at the conclave.

Other prominent celebrities at the two-day conclave, which begins on Thursday include celebrity lawyer-activist Amal Clooney, wife of Hollywood star George Clooney, Finance Minister Arun Jaitley and BJP national president Amit Shah. Mr Jaitley, who will deliver the opening keynote address, will speak about whether the economy could achieve a growth rate running into double digits. In his closing keynote address, he will address the issue of the politics of patriotism.

Union Road Transport and Highways Minister Nitin Gadkari will also brainstorm at the conclave. Minister for Power, Coal, New and Renewable Energy Piyush Goyal will be highlighting the possibility of India having a 24-hour uninterrupted power supply.

The Conclave will also feature a number of famous sportspersons, including Abhinav Bindra, MC Mary Kom and Gopichand Pullela, The celebs from the world of cinema will include noted lyricist Javed Akhtar, his actress-wife Shabana Azmi and comedian Varun Grover.