Sandeep Aur Pinky Faraar: Parineeti Chopra And Arjun Kapoor Introduce Their "Partners In Crime" Like This

The film will open in theatres on March 20 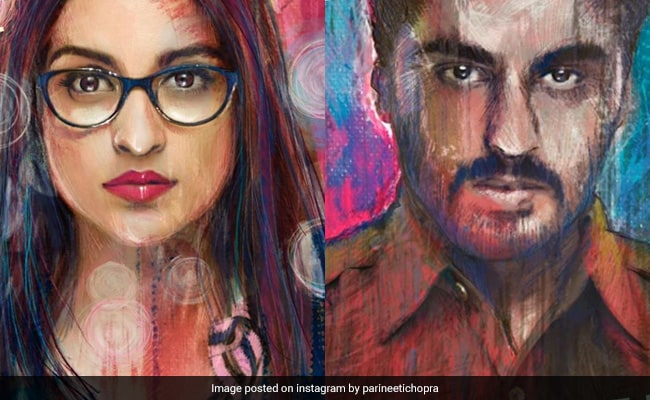 Parineeti Chopra and Arjun Kapoor's upcoming film Sandeep Aur Pinky Faraar got a new release date on Tuesday. The film, which was earlier supposed to release in 2018, will now be releasing on March 20 this year. Arjun Kapoor plays a Haryanvi cop while Parineeti Chopra plays the role of a corporate employee in the Dibakar Banerjee-directed film. Announcing the new release date of Sandeep Aur Pinky Faraar on social media, Parineeti and Arjun shared new look posters of themselves and introduced each other's characters as their "partners in crime." Parineeti presented Arjun as Pinky Dahiya and wrote: "My one and only partner in crime, since day 1. Introducing Pinky!" while Arjun introduced the actress' character as Sandeep Kaur like this: "Introducing my partner in crime, Sandeep Kaur urf Parineeti Chopra in Dibakar Banerjee's Sandeep Aur Pinky Faraar, releasing on March 20, 2020!"

The film will showcase the story of a man and a woman, who are completely against each other but suspicion and hate will eventually reunite them. Sandeep Aur Pinky Faraar will be Arjun and Parineeti's third film together. The duo have previously shared screen space in Habib Faisal's 2012 film Ishaqzaade and Vipul Amrutlal Shah's 2018 movie Namaste England.

Arjun Kapoor and Parineeti shared their first looks from the film in 2017 and 2018, respectively. Take a look:

The duo have also shared "glimpses of the world of Sandeep Aur Pinky Faraar" earlier on their social media profiles.

One of our most intense films!!! Gave my blood and sweat to it - LITERALLY!!! #Repost @sapfthefilmHere's a glimpse of the world of #SandeepAurPinkyFaraar. Releasing on August 3rd. @parineetichopra @arjunkapoor @yrf

Satinder Dahiya reporting for duty Janaab... #Repost @sapfthefilm with @get_repostHere's a glimpse of the world of #SandeepAurPinkyFaraar. Releasing on August 3rd. @yrf

Earlier, talking about Arjun's look as a cop in Sandeep Aur Pinky Faraar, Parineeti had told news agency IANS: "I think Arjun is really sexy in his first look, I think he looks great in uniform. My look is completely new... So is the film. I am really excited to show my look for the film."

Sandeep Aur Pinky Faraar is being produced by Yash Raj Films, with whom both Parineeti and Arjun made their Bollywood debuts in 2011 and 2012, respectively.